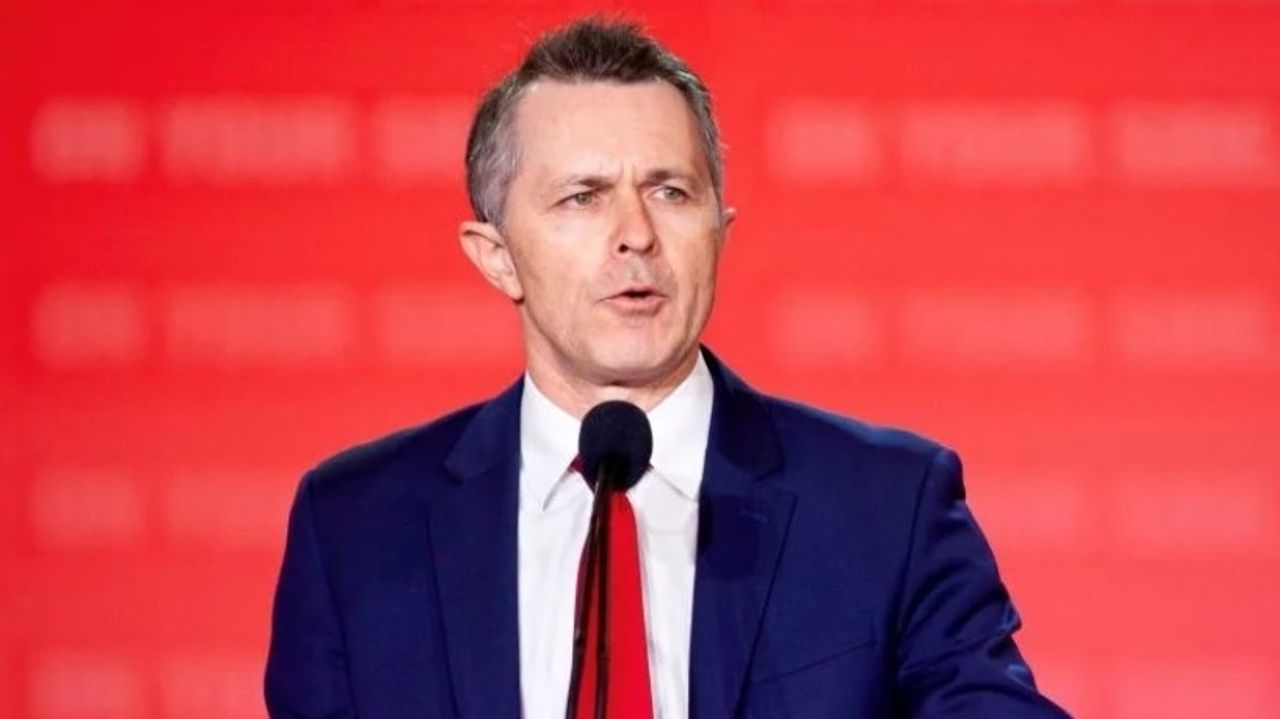 Speaking at the Universities Australia 2022 Gala Dinner on July 6, Education Secretary Jason Clare underscored the Labor Government’s intention to continue to transform universities to meet the needs of big business and “national security”.

Clare confirmed Labor’s commitment to establishing an “Australian Universities Accord” to be drafted by “a small group of respected Australians”. The aim is to bring education unions into closer partnership with company bosses, university leaders and government officials to “build a long-term plan for our universities”.

Significantly, at a meeting organized by the university’s employers’ leadership, Clare said not a word critical of her record. He said nothing about how company managements have already exploited the COVID-19 pandemic over the past two years to destroy tens of thousands of jobs, further loosening the workforce and increasing class sizes and workloads at the expense of faculty and students.

On the contrary, he commended University of Sydney vice-chancellor Mark Scott, a highly paid and leading advocate of pro-business restructuring, for speaking of universities being “in the solutions business for government”. Clare explained: “I think Mark is the banger. There is so much good we can do when we work together.”

Clare made no proposal to reverse the devastating 2020 and 2021 cuts implemented under the previous Liberal-National coalition government.

Instead, he was only concerned with “jointly” dovetailing universities more closely with the economy in teaching and research. “We want you to work with industry,” Clare said.

In his remarks, Clare spoke of universities in purely for-profit, professional, and nationalistic terms. They are “an incredible national asset” who must do more “to convert Australian ideas and discoveries into Australian jobs”.

Clare also stressed the need to restore the $40 billion in revenue that universities had generated for Australian capitalism before the pandemic by charging exorbitant fees for international students.

Since the Hawke-Labor government imposed fees on international students in 1986, successive governments, both Labor and Coalition, have increasingly starved universities financially, forcing them to rely heavily on milking these students as cash cows.

Klara went on. He said universities could do more to educate international students to also meet employers’ needs. They should entice the students “we teach and train to stay after they graduate and help us fill some of the chronic skills gaps in our economy.”

In conditions where Prime Minister Anthony Albanese’s government has fully backed Washington’s war agenda against China, Clare has called for universities to play a bigger role on this front as well. He highlighted “our common interest in strengthening our nation’s security and resilience.”

Clare cited “nuclear submarines” as an example of areas where university “skills and talents” could be harnessed. That was a clear reference to the AUKUS pact signed with the US and UK last year to give Australia access to nuclear-powered submarines and other high-tech weapons for use against China.

Far from criticizing the previous Liberal National government, which brutally cut and redirected funding to tie it to producing “job-ready” graduates and meeting the research demands of the corporate elite, Clare commended the coalition for doing “some good things to do to promote the translation [of research] and drive commercialization.”

In fact, Clare signaled closer cooperation with the coalition. He insisted the deal must be a “bipartisan effort” to “bring about reforms that will last longer than the inevitable political cycle.”

Clare’s mission statement confirms the WSWS’ analysis last August, when Tanya Plibersek, his predecessor as Labor Party education spokesperson, first outlined the Labor Accord. As we have warned, “She pointed to the demands of the corporate elite, highlighted by a recent blueprint issued by global consulting giant EY, that the pandemic catastrophe must be exploited to radically transform higher education and satisfy professional training and research.” requirements of the large enterprise.”

In which conversation On the July 6 Politics with Michelle Grattan podcast, Clare reiterated that the government wants universities and researchers to “collaborate with business and industry.” He proposed the Bradley Report on Higher Education, commissioned by the last Labor government of Kevin Rudd and Julia Gillard in 2008, as a ‘template’ and ‘blueprint’ to be updated.

This report set the framework for Labour’s “educational revolution” which accelerated the corporatization of nominally public universities, abolishing their previous bloc funding and forcing them to compete with each other for enrollments at home and abroad.

The main union for university workers, the National Tertiary Education Union (NTEU), has rushed to adopt Labour’s agenda. On July 12, NTEU National President Alison Barnes welcomed the government’s proposed September 1-2 “Jobs and Skills Summit”. which, like the Accord, is a corporatist endeavor to strengthen ties between unions and business.

Barnes committed NTEU to working with university leaders to implement Labour’s plans. “As Universities Australia has stated, universities have a fundamental role to play in solving labor shortages and building the workforce of tomorrow,” she said.

Barnes said: “This can only happen if we invest now in the university workforce and repair the damage caused by a decade of acid coalition politics and chronic underfunding of public higher education.”

This is a deception. It was Labour’s ‘education revolution’ – carried on by the Coalition – which intensified the destructive, profit-driven attack on university staff and students.

In addition, Labor voted this year’s federal budget, passed by the coalition government in April, which cut government funding per university student by 5.4 percent in real terms for 2022-23 and by 3.6 percent for the following two years. According to the NTEU itself, this means $3 billion will be deprived of universities from 2017-18 to 2025-26.

This sustained offensive has been facilitated by the NTEU, which has resisted any unified mobilization against it. When the pandemic first broke out in 2020, the NTEU announced voluntary wage cuts of up to 15 percent and the elimination of up to 18,000 jobs, including through forced layoffs. This provoked widespread disgust and opposition among university staff and a sudden loss of their membership.

In a bid to stifle and divert opposition to the Labor government’s plans, the NTEU has now called on its members to join a delegation to Canberra for the government’s first parliamentary session next week.

The NTEU’s June 24 email to members even offered to provide “travel to and from Canberra, and meals and lodging” for selected representatives for the two-day visit.

The ostensible purpose is to put university staff’s demands for “secure jobs firmly on the new government’s agenda from the start,” the email says. It pleaded: “[W]We are committed to sharing your important stories with Education Secretary Jason Clare and will present these statements to the Secretary and other politicians.”

This highly staged and orchestrated mission has nothing to do with fighting for the interests of staff and students. It is a key part of the NTEU’s bid for a central place in the Labor government’s university ‘reform’.

Year after year, the NTEU has organized similar lobbies from governments and the parliamentary establishment – neither of which can succeed in imposing workers’ real demands – to channel growing discontent back into the corridors of power.

These developments underline the reality. The NTEU and other unions act as pro-worker and pro-employer industrial police.

To resist the onslaught on higher education, staff and students must form independent grassroots committees and join forces internationally with the struggles of educators and students against the corporate offensive on jobs and working conditions. Contact the Committee on Public Education (CFPE) for discussions.

The working class must have a political voice, which the Australian ruling class is trying to suppress with this legislation.

The future of creativity presented by artificial intelligence