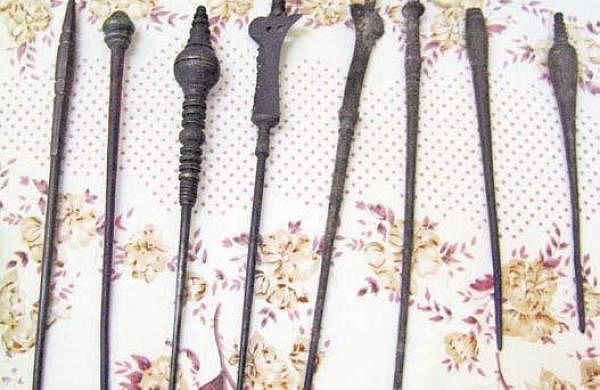 KADAPA: As part of its efforts to preserve the rich legacy of Telugu literature for posterity, the CP Brown Research Center for Languages ​​at Yogi Vemana University (YVU) has digitized 300 palm leaf manuscripts that are more than 500 years old. The center will soon publish the old manuscripts online for the benefit of students and researchers.

“The ultimate goal of establishing the research center is to preserve the ancient literary works of Telugu for future generations. So far we have completed the digitization of 300 rare palm leaf manuscripts. Our efforts have been recognized in the form of the YSR Lifetime Achievement Award,” said YVU Vice Chancellor Prof. M. Suryakalavathi and Mula Mallikarjuna Reddy, Director of the Research Centre.

The center has a rich collection of palm leaf manuscripts spanning several centuries. The treasury of the center includes an 11th-century copper plate inscription from Rajasthan, more than 1,000 palm leaf manuscripts, 500 handwritten scriptures on 200-year-old laid paper, 40 copper coins of the regime of Mayan Nawabs of Cuddapah, seven ghantams (styluses for writing on palm leaves) and handwritten ones Volumes by the famous literati Puttaparthi Narayanacharyulu, Janamanchi Seshadri Sarma, Divakarla Venkatavadhani and others. Several other objects of historical importance are also kept in the center.

dr Chintakunta Siva Reddy and Bhuthapuri Gopalakrishna, research assistants, explained the process of preserving ancient palm leaf manuscripts, saying that manuscripts are cleaned with a smooth brush dipped in mineral spirits and lemongrass oil to ensure they are not damaged by fungi or insects.

They are later sorted out and preserved using the latest technology. “The rich content of manuscripts is published in the form of books for use by scholars as a reference,” they said.
The center has proven to be an invaluable source of knowledge for several research scholars who have obtained PhDs on various topics.