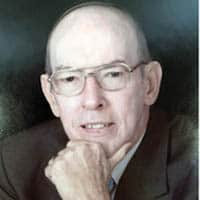 James L. “Jim” Brown ended his life on earth on February 19, 2022 after suffering for many years from cancer, kidney disease, and melanoma lung cancer. He was born on March 10, 1941 in Orchard, Monroe County, WV on a cold, snowy day, the youngest of eight children of Filmore and Ada Broyles Brown, who died in 1947 and 1954, respectively.

Jim’s early years were spent on a farm, where he learned the value of good, honest work. Some things were tending crops, picking berries and other fruits. He loved working with farm animals, which many considered pets. Jim went to a one-room school, which he attended for his first seven grades. He was always proud of this as he learned many things, but he was most proud of his spelling ability and excellent writing skills. He graduated from Peterstown High School in the class of 1958.

He accepted Jesus Christ at an early age in an old-fashioned revival and was baptized in a stream. Jim continued to live as a Christian and was a faithful member of Castle Rock Baptist Church in Pembroke, VA

Jim had many hobbies and collected just about anything including rocks and minerals, fossils, shells, Native American artifacts, postage stamps, coins, military insignia and political badges. He was a lifelong fan of his beloved West Virginia Mountaineers. His work experience was diverse and has included a restaurant, warehouse, grocery store, office supplies, proofreader, social services and banking. For the last 33 years he worked at Celanese, where he took early retirement and had many happy years.

Among the survivors is his wife, Mary Hopkins Brown, who was the best wife, friend, and companion anyone could have. She was a gift from God to help him in the low times of his life. They were very fortunate to spend 34 years together. Other survivors include two sons and their wives, James II and Sharon, and Jason and Debbie; grandsons, Chad (Elyse), Abby, Seth and Drew Brown; two great-grandchildren, Serenity and Mari Brown; a stepdaughter, Whitney (Jeff); and two step-grandchildren, Savanah and Sarah.

Jim was known for his genealogical research and had drawn up many family trees. His love of history was captured in the many short stories he wrote. The collection of history and nature books in its lavish library was second to none. He was an amateur archaeologist and contributed many helpful messages to the relevant authorities. He was a member of several conservation organizations where he contributed data on birds and related subjects to the publication.

His interest in flowers was known for his very large flower beds and drew many compliments. At one time he had over forty colors of daylilies and half as many colors of iris. In his advanced age he had to dispose of most of the flowers.

Funeral services will be held at 1:00 p.m. on Thursday, February 24, 2022 at Broyles-Shrewsbury Funeral Home Chapel in Peterstown, WV, conducted by Pastor Gary Poff. The viewing takes place on Thursday from 12:00 p.m. until the service at the funeral home. Jim did not require flower arrangements for his services, as he enjoyed them while he was alive; So if anyone is considering a memorial in lieu of flowers, please send funds to Orchard Cemetery at 1955 Orchard Road, Ballard, WV 24918.

The private burial will take place later at Orchard Cemetery. You can leave an online guest book or send condolences to the family at www.broyles-shrewsbury.com. Arrangements by Broyles-Shrewsbury Funeral Home, Peterstown, WV.