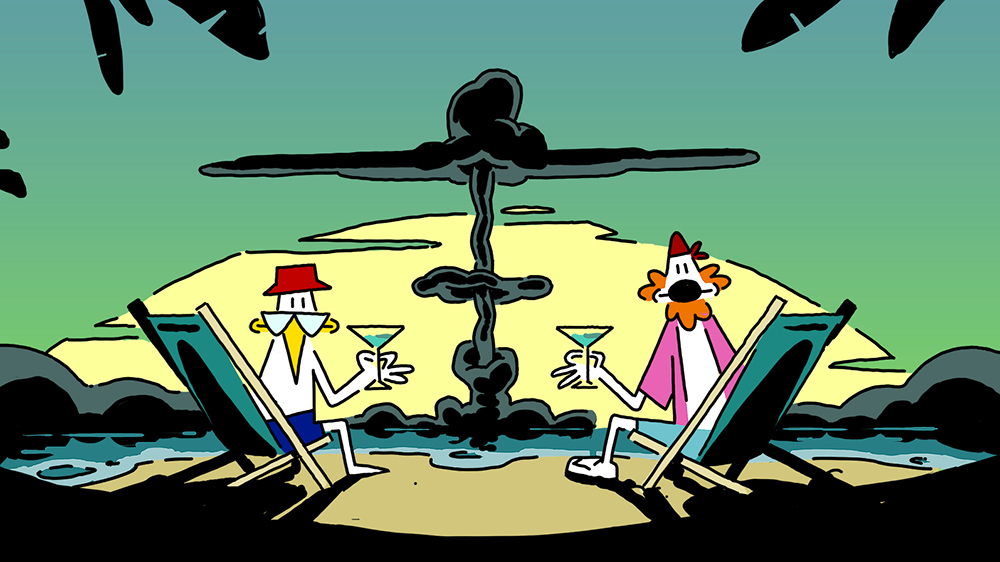 As part of its goal of becoming a major industrial hub in the European animation and VFX landscape, Madrid, Spain will host for the first time an edition of the prestigious Cartoon Springboard training event, which will take place from October 25th to 27th.

24 animated series and feature film projects by young European talent will be presented at the meeting, where an expert jury will mentor the selected writers, directors and producers to strengthen their projects both creatively and financially.

The training event organized by Cartoon arrives in Madrid, having previously taken place in the cities of Valencia, Valenciennes and Halle.

“Madrid has reached an agreement that Springboard will be held in Madrid for the next three editions,” says Ignacio Carballo, head of audiovisual industry in the Madrid region. The deal marks another step towards the Spanish region’s goal of becoming a European epicenter for animation and VFX.

“The landing of Cartoon Springboard will help spread the word about Madrid. It is a launching pad for many projects that will gain weight over time,” argues Nico Matji, President of Pixel Cluster Madrid.

The 24 selected projects, shortlisted from 49 submissions, come from 12 European countries. Spanish animation tops the list with seven projects, followed by France (4), the Czech Republic (3) and Denmark (2).

Some potential highlights on the shortlist could include:

“Apocalypse Mojito” a YA comedy TV series project by Julien Séze and Cédric Stéphan, produced by France’s Passion Paris Productions. Conceived as 10 7-minute episodes, it revolves around two friends who move from the village to the city and bring fun and good cheer. Unfortunately, in the year 2100, civilization collapsed and great technological upheavals have joined the catastrophe of climate change.

“Awan in the Desert” a social feature film project written by Julia Horrillo and Verónica Adell from Universidad Pompeu Fabra in Barcelona, ​​​​produced by Norbert Llarás at Alhena Productions. The focus is on a 13-year-old girl who comes to southern Spain from the Ivory Coast disguised as a boy. Traveling across North Africa, she seeks refuge in the story of a legendary Ivorian warrior.

“bean boy”, Directed by Emily Hanning of The Animation Workshop – Viborg from Denmark is a TV comedy series for children aged 9 to 11. It follows a bean with an eternally childlike soul and a heart of gold who can’t help but inspire those around her to see problems from new perspectives. In each episode, the bean dies, ready to be reborn for the next.

“The Cherry Brothers” Directed by Miriam Obin at the Gobelins École de l’image in France, it follows two cherry brothers linked by a magical stalk that expands or contracts depending on their mood. A 3-minute, 12-episode project for kids ages 5-7.

“Dark, dark forest…” an 11-minute, 13-chapter TV series created by Emile Gignoux, an assistant animator on the Oscar-nominated feature film The Breadwinner. A female character fantasy project and story with no dialogue, the adventure revolves around Princess Ann and Maria who must work together to face their shared struggles, including an endless list of rules about what princesses do and don’t do should.

“Frank,” a comedy-adventure TV series for tweens directed by Javier Pinto. Set in the 19th century, it’s about Frank, a young inventor who is rejected by the people of Gintown. He will provide his services to the local people to redeem the family honor along with his assistant Mery by developing amazing gadgets to face the monsters and mysteries caused by pollution.

“Fridge and TV”, a 13-episode web series project aimed at a young audience, with two main characters: Fridge, a refrigerator without food, and TV, the only “person” he can turn to. Directed by Javier de la Chica at the U-Tad Academy in Madrid.

“The last drop,” a series that aims to show the current situation in the environment from the point of view of the animals. A project at the Spanish Universidad Politécnica de Valencia created by Cristina Enrich with production by Rocío Benavent in Saltarinas.

“Lazaro”, a nine-episode YA adventure series project created by Beatriz García de Leaniz in La Poudrière, France, about the soul of a child accidentally trapped in a computer for a thousand years.

“Lil Wonders”, Directed by Siobhan Catinot of Dublin’s Pulse College, a 2D animated series for preschoolers whose themes include friendship, nature and adventure, it follows three best friends and their snail on magical journeys.

“phantasm”, a YA TV series by Paula Ruiz of Madrid’s Light Box Academy, which narrates the appearance of some careless spirits that cause the death of Lewis, an elderly Scotsman.

In addition to the pitching sessions, the Spanish event will include keynotes from international professionals who will discuss the latest trends and challenges in European animation.

Also, Daniella Gallegos from the Dutch company Tribes Media – Glitch will reflect on the role of VOD services, while Louis Jacobée from the French Gallimard Group will address the relationship between the publishing industry and animation.

The event’s activities are open to students and graduates from animation schools across Europe who have graduated within the last five years. Also for professionals from companies who are interested in discovering new talent.