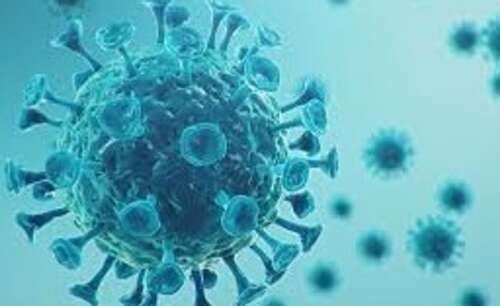 Covid Cases Rise, Minister Says “We Are In The Middle Of A Growing Outbreak” – The Royal Gazette

The island recorded 125 new positive coronavirus cases in the latest test results, bringing the number of active cases to 290 – a steep increase from 205 from Tuesday’s numbers.

Seven people are in the hospital, said the Ministry of Health, one of them in intensive care.

But for the second time this week, the ministry said local data suggested the island met criteria for community broadcast.

Health Secretary Kim Wilson warned the island was “in the midst of a growing outbreak”.

The numbers come from 8,358 tests this week: 35 were positive on Monday, 31 on Tuesday, and 59 on Wednesday, with an overall test positive rate of 1.5 percent.

Of the total of 290 cases, 108 are now classified as local transmissions with known contacts. There are no local cases with unknown contacts.

Imported cases stand at 48 and officials are investigating 134 cases.

Since the last update, 40 people have recovered while the death toll remained at 34.

The delta variant of the virus accounted for 43 percent of all active cases, with none being attributed to the alpha, beta, or gamma strains.

In half of the cases, however, no variant type was available, while in 7 percent it could not be determined.

Fully vaccinated people made up 81 percent of the imported cases, 19 percent unvaccinated.

But the unvaccinated accounted for 76 percent of the local cases and the cases studied.

The overseas cases that tested positive for coronavirus were as follows:

• A British Airways resident of London on August 19th who tested positive on day 10;

• An Air Canada visitor from Toronto on August 20 who tested positive on day 10;

• A JetBlue New York resident on August 21, who tested positive on day 10;

• A Delta Air Lines resident of Atlanta on August 21, who tested positive on day 10;

• A United Airlines resident of Newark on August 22nd who tested positive on day 10;

• A visitor with JetBlue from Boston on August 28th, positive on his outbound test;

• An American Airlines resident of Philadelphia on August 28th who tested positive on day 4;

• Two United Airlines residents of Newark on August 28 who tested positive on Day 4;

• An American Airlines resident of Charlotte on Aug. 30, positive on arrival;

• A resident with JetBlue from New York on August 31st, positive on arrival.

Of the island’s new cases, 39 had known contacts.

Another 74 were studied involving residents with no known connections or recent travel history.

The island’s coronavirus cases are now at 3,048 since the pandemic began.

Due to the high test volume, Ms. Wilson called for patience to wait for the test results.

Ms. Wilson reminded restaurants, bars and clubs to collect required full contact details from guests in addition to using SafeKey, which should be retained for 21 days.

She added, “We are in the midst of a growing outbreak and an integral part of outbreak control is contact tracing.

“This is the most important way to stop it from spreading further.”

Ms. Wilson praised the island’s testing labs and contact tracers, “all of which have been very busy with the volume of tests and new positive cases.”

A pop-up vaccination clinic offers vaccination at Lindo’s, Devonshire, Tuesday from 10am to 2pm and Thursday, September 16, from 3pm to 7pm.