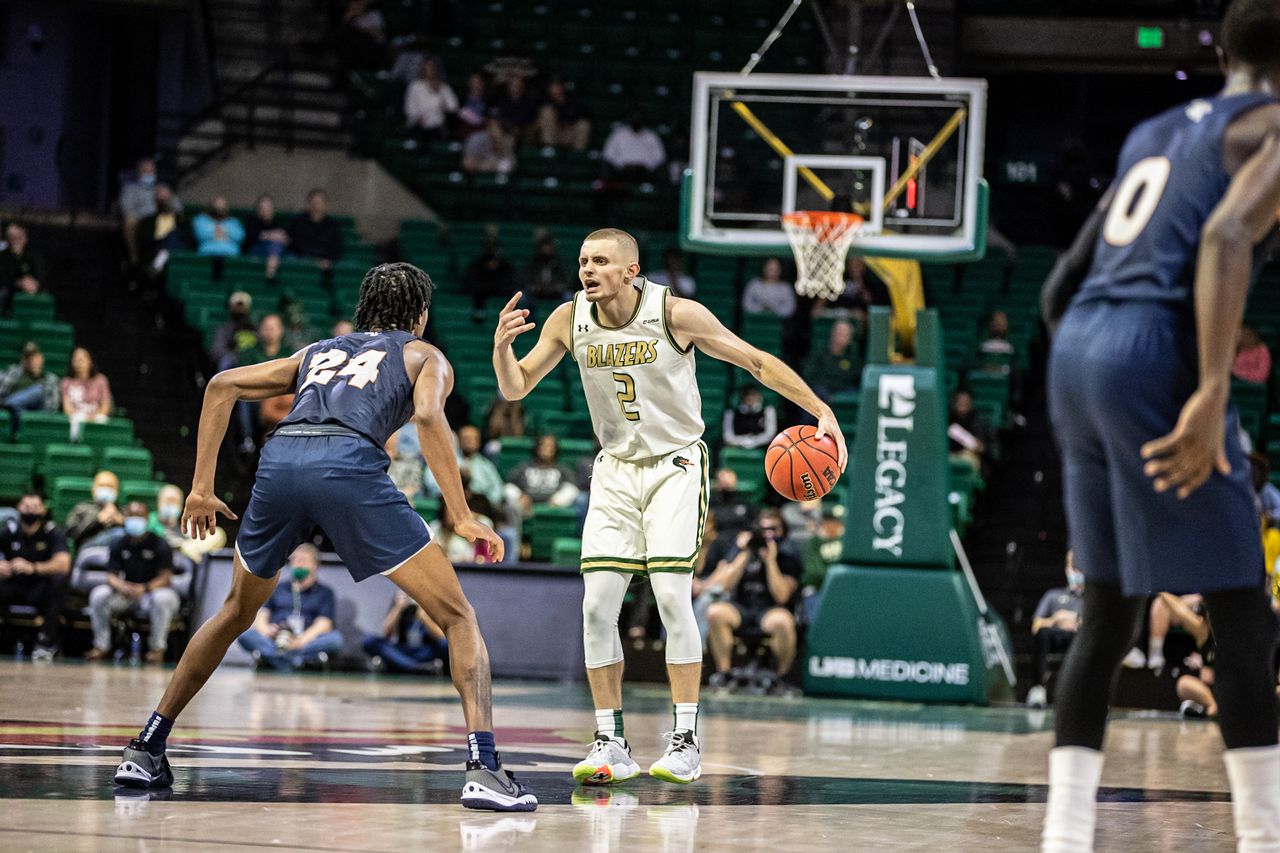 “Every Little Stat”: What UAB Basketball’s Mike Ertel Learned as an SID Intern

The last time Mike Ertel set foot on a football field was more than a decade ago as the starting quarterback for St. Simon’s Middle School in Indianapolis, Indiana.

A Hoosier native, Ertel ultimately chose basketball over football but always felt the itch to return to the gridiron and got his chance this spring when he helped lead the UAB basketball team to a C-USA championship and his to lead the first return to the NCAA tournament since the 2015 season.

After an epic 3-point shooting performance in a late-season win at rivals Southern Miss, the 6-foot-2 guard jumped on the team bus, got back to Birmingham at 3 a.m. almost four hours later and only managed three hours Sleep before starting his first day of football training as a communications intern for UAB’s Sports Information Office.

“First of all, he was very consistent,” said UAB sports information director Ted Feeley. “As I’m playing during the season and being in my office, I give him credit – including Kelle Sanders, he’s interned for us during spring training.”

Ertel began his college career at LA-Monroe, playing three seasons for the Warhawks and earning a bachelor’s degree in risk management before joining UAB after the 2019-2020 season shortened by the pandemic — becoming the first player to do so afterwards was signed by head coach Andy Kennedy, the latter was hired in March 2020.

Ertel chose communications for his graduate degree when he enrolled at UAB and received C-USA All-Academic Team honors last season. Although he was successful in the classroom, he had one final requirement to complete before he could graduate.

“I needed an internship for my degree and Ted said I could be his intern,” he said.

As a Division I athlete, Ertel understands hard work and the nerve-wracking monotony that comes with it, but has found a renewed appreciation for the people behind the scenes and the media in general. During his time at the SIS office, Ertel has printed and laminated transcripts, proofread media flyers, collected gym students for interviews, and was even spotted taking staff photos during an ESPN+ broadcast of a UAB softball game.

“I never realized how much work these guys put in,” Ertel said. “Every little statistic, every newspaper that we get or that the media gets, these guys are behind it. They arrive early and stay late. If we have a game, they don’t leave the arena until 11 or 11:30. These guys work super hard.”

As with everything in his life, Ertel takes his intern role seriously, but has added a bit of character to the SIS office since assuming his duties.

“Mike has a big personality that not many people knew,” Feeley said. “He’s really funny, he brings a lot of good laughs to our office, but he was really good. When it comes time to work, he’s really good at what he does.”

All the “grunt work” notwithstanding, Ertel enjoys his time working on the other side of the points table and building relationships throughout the athletic department. Still, returning to the football field for the first time since he was a teenager was an enlightening experience and an intern’s favored perk.

Ertel, dubbed “shovels” Midseason, after eclipsing 2,000 career points, will graduate this weekend, completing his time in the SID office and as a member of the UAB basketball program.

Despite his transfer status and only two years with the Blazers, Ertel has become a fan favorite and left an indelible mark on the Southside. He finished his UAB career averaging 11.7 points (2,123 total points), 1.9 rebounds, 1.4 assists and 1.1 steals, shooting 41.8 percent overall and 34.2 percent from 3-point ranges and won two selections for the C-USA All-Tournament Team (2021-2022). ).

Ertel and former Sun Belt foe Quan Jackson, who signed as the second player under Kennedy after the former pushed him to join forces at UAB, have set a new standard in Kennedy’s Bartow Standard rivals.

“We did what we set out to do, which was to make it through the tournament and win the conference championship,” said Ertel. “We would have liked to have progressed in the tournament, but unfortunately we didn’t succeed. I’m really happy with what we’ve achieved. We set the tone for what AK wants to do in the future. I’m really glad I came here and appreciate all the support.”