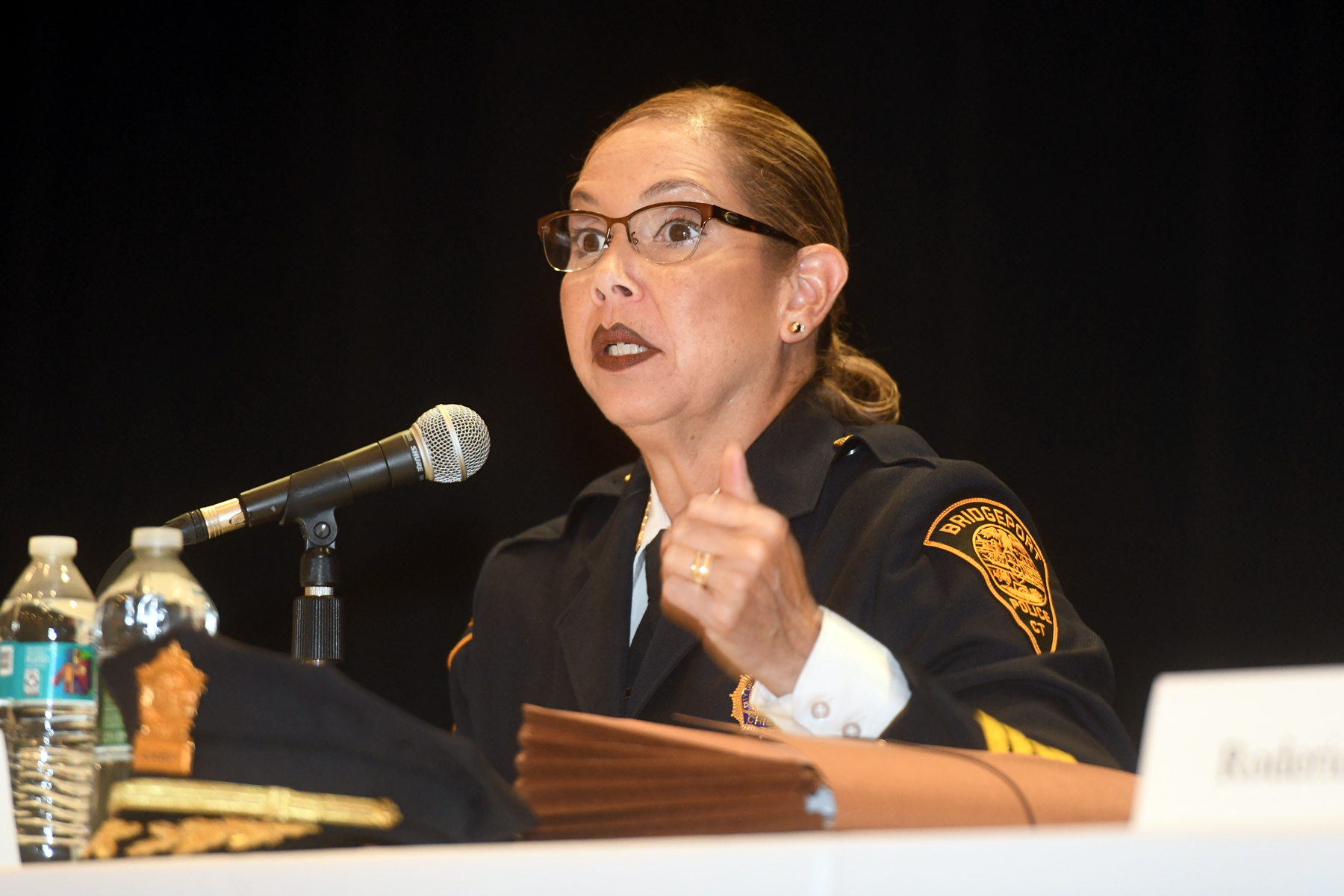 How much did Bridgeport police chief candidates cost in court cases?

BRIDGEPORT — The three finalists who are slated to become the city’s next police chief have one thing in common — the city has spent thousands of dollars in legal fees in court cases involving them.

While Captain Lonnie Blackwell has ranked second in the candidate rankings, he is by far the first in generating legal fees.

According to prosecutors, it has cost the city $199,263 to defend itself against claims Blackwell has filed against the city, and that does not include settlements that the city paid Blackwell as a result of those claims.

Recently retired Captain Roderick Porter took second place with total costs of $118,884 for defending his lawsuit. And that number is expected to increase with his appointment.

Acting Police Commissioner Rebeca Garcia has so far only cost the city about $9,000 to defend against a lawsuit brought by Porter and other police captains. But this number is also set to increase.

Thomas Bucci, who represents both Blackwell and Porter, disagreed that his clients cost the city money.

“The city caused it by the way they treated my customers,” he said.

Bucci, who is suing Garcia on behalf of three police captains, declined to comment on the cost of that lawsuit.

Shortly after Rebeca Garcia was named assistant police chief by then-Police Chief Armando Perez in 2019, three police captains Brian Fitzgerald, Steven Lougal and Roderick Porter claimed in a state lawsuit against the city that Garcia’s appointment as assistant police chief was “unlawful” and invalid” and violates the city’s statutes.

The city retained the Hartford law firm of Cowdery and Murphy to represent Garcia.

A judge later ruled that the city’s election of Garcia as deputy police chief violated public service rules and the city charter.

Cowdery and Murphy are now representing Garcia in an appeal against that verdict.

In 2015, Lonnie Blackwell filed a federal sex discrimination lawsuit against the city after he was demoted from lieutenant to sergeant and deposed as head of the department’s police academy.

Another officer claimed that Blackwell ordered him to circulate a fake racist letter within the department.

While then-Chief Perez admitted that he had found no credible evidence to support this claim that Blackwell directed the writing of the letter, Perez nevertheless downgraded Blackwell for the manner in which the letter was reported to authorities.

The city retained Milford law firm Berchem Moses PC to represent them in the case.

Two years later, the city agreed to pay Blackwell an unspecified severance package, and he was promoted to captain.

That same year, Blackwell filed another federal lawsuit against the city, alleging that he was a victim of discrimination in how city officials handled the earlier case.

The city again hired Berchem Moses PC and in 2019 agreed to settle the case for an undisclosed sum.

Last year, Blackwell again filed a federal lawsuit against the city. This time he claims Garcia discriminated against him.

He alleges since he filed a discrimination complaint against Garcia in 2020: “Garcia marginalized the duties and responsibilities of the plaintiff as captain of the Bridgeport Police Department, Garcia treated the plaintiff in front of his superiors, peers and subordinates in a degrading manner.” and disrespectful manner, sometimes displaying her irrational contempt for the Complainant by rolling her eyes in contempt whenever the Complainant made operational and managerial suggestions to the police, and outright refusing any input he would offer.

The city has hired Berchem Moses PC to represent Garcia and the case is currently pending.

A former head of the city’s Interior Department, Roderick Porter was sued along with the city in federal court in 2010 by former officer John Gale.

Gale alleged that Porter attempted to spread false information about Gale after Gale applied to join the state police.

The city agreed to settle the case in 2011 for an undisclosed sum.

In June 2019, Porter filed a federal discrimination lawsuit against the city.

The city appointed Berchem Moses PC to represent them in the lawsuit.

In August, US District Judge Jeffrey Meyer dismissed the case.

“I conclude that the city provided legitimate, non-discriminatory reasons for its promotion decisions,” the judge said. He also ruled that there was no evidence the city or Garcia retaliated against Porter after he filed his discrimination complaint.

Porter is appealing this decision.