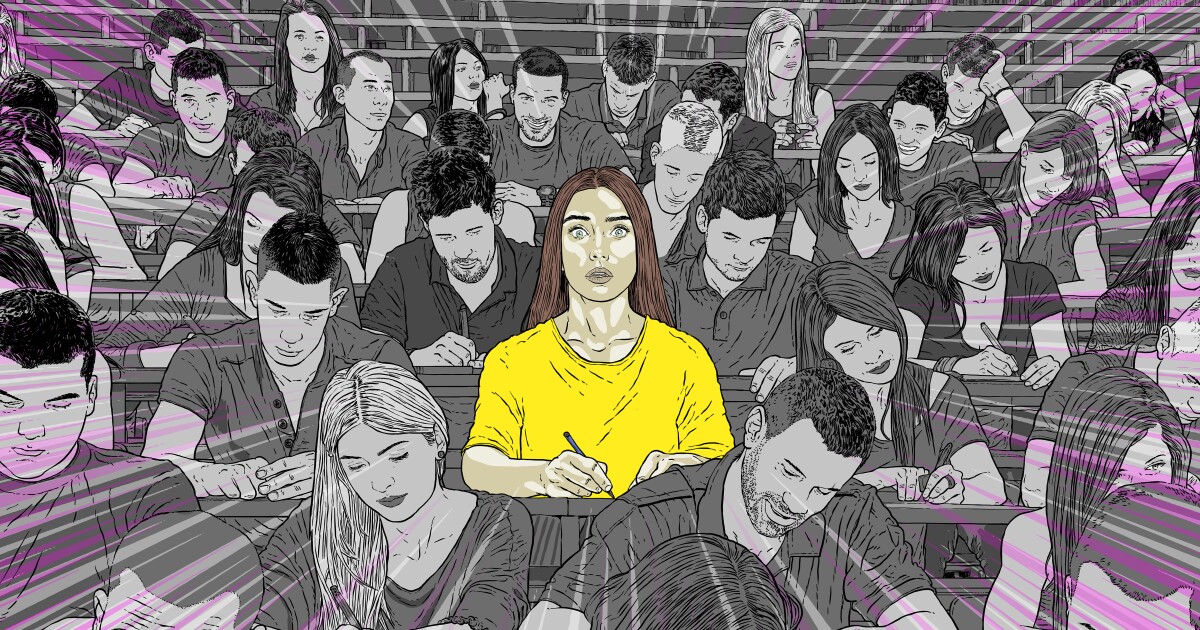 How not to deal with student failure

Every semester, just before the grades for the first exam in one of my courses, I tell my students a story from my own student days:

I started college as a medical student majoring in psychology. Ultimately, I hoped to become a psychiatrist working for Doctors Without Borders, providing vital mental health care to people in the world’s most underserved places. Then I came to the introductory course in organic chemistry.

Despite my Herculean effort, I knew I hadn’t done well on the first exam; it was just a matter of preparing for impact. When the exams were handed in, the professor announced the best grade in the class, the class average and the worst grade. As I looked at the exam I had just received, I knew I was the lowest grade student.

The professor didn’t name me publicly, but that didn’t matter. There’s no shortage of ways to make students feel guilty without technically violating student confidentiality rules, and this was one of them. Even though other students didn’t know he was talking about me, I would know, and that was more than enough. He stood at the front of the auditorium, dry-erase pen in hand, and began to express his disbelief at how someone could do so poorly on an exam. Whether in agreement or out of sheer uneasiness, my classmates laughed. If someone has done it badly, he mused aloud, they don’t even have to try. With a score that low, he suggested, they’ve probably never come to class.

But there I sat in the aisle seat I’d dutifully taken twice a week, my failed exam hidden on my desk.

Even if you’ve experienced some kind of academic trauma, you don’t have to pass it on to your own students. You can choose to break the cycle.

Today, several years and a Ph.D. Later in psychology, I tell my students this story for several reasons. For one, I want them to know that it’s normal to experience academic setbacks. They don’t define you, serve as a negative reflection of your character, or indicate that you are destined to fail forever. Rather, they are a universal part of human experience and often serve as valuable learning opportunities. As a matter of fact, research shows that test performance improves after students learn how famous scientists struggled either intellectually or personally to achieve their achievements. Students benefit when they hear that their professors have failed too.

When one of my students sees their score on an exam and wants to do better next time, I want them to know that my teaching assistants and I will help. We’re not (obviously) going to do the work for them, but we’re happy to clarify concepts, offer study tips, or share testing strategies they might not have known they needed. Most importantly, we do this without making them feel guilty about struggling or asking for help.

Most importantly, I tell this story to students as a promise that I won’t be the kind of professor I had in that organic chemistry class years ago.

This professor was Maitland Jones Jr., who was the subject of headlines this month after he was fired from his teaching position at New York University after a student petition objected to his introductory organic chemistry course.

To be clear, it’s not for me to say whether any faculty member deserves to lose their job. That is not what this essay is about. Rather, it’s about how the public reaction to his firing is a story in itself — one that reveals a lot about how we think about college students, the courses they take, and the people who teach them. The fallout also provides an opportunity for faculty members to reflect on how to teach in the most effective — and inclusive — way possible. Here are some of my tips.

Realize that you don’t have to teach the way you were taught. From undergraduate “Gateway” courses to Ph.D. Qualifying exams, there is plenty of academic exercise to identify those who are not “cut out” to what lies ahead. But effective teaching isn’t just about setting high standards and seeing how many—and the – Students can be singled out. Rather, it is about helping each student develop the skills necessary to meet those standards.

Even if you’ve experienced some kind of academic trauma, you don’t have to pass it on to your own students. You can choose to break the cycle. You can tell students to do well even—and especially—after they’ve failed. You can challenge students at the same time and challenge popular assumptions about what it means to teach a “rigorous” college course.

Design a course that gives students space to stumble and recover. In my courses, I have always allowed students to drop their lowest exam grade out of four. As of this year, I’m taking this approach one step further by prioritizing the remaining three exams. In calculating the final grade, each student’s highest score is worth more than the second highest, which in turn is worth more than the third best. When a person’s scores steadily improve from one exam to the next, their overall grade reflects that effort in proportion to their level of improvement. This gives the students an explicit incentive to hold out until the end of the semester.

Regardless of how you approach grading, you can also teach students how to take exams effectively instead of just focusing on what the exam will say. Quite simply, if students don’t know how to study effectively, it may be because no one has ever taught them how to do it. Regardless of your course content or exam format, you can share content evidence-based learning skills and maybe even require students to practice them in class assignments.

After an exam, share tips on how to do better next time. In my exam debriefs, I go through some of the more challenging questions, showing students exactly where the answers came from, and intentionally pulling back the curtain on my question-writing process. I hope they will use this knowledge create your own practice questions and test yourself in advance of future exams.

If, like me, you teach large classes, you may not have the personal breadth or institutional support to apply Pedagogy-Twitter du jour teaching practice. But that doesn’t mean you can’t do it some. Inclusive education is not a panacea. With a little creativity, even those of us who teach more than 500 students each semester can do this, inclusive, although our methods may differ from those of professors who teach 50 students.

Treat students as people and not as caricatures. Inclusive teaching is not just about how you design your courses, but also how you think about your students. In recent years, many columnists have portrayed college students as lazy, spoiled, entitled consumers who don’t understand the importance of hard work — unless, of course, they’re working on a public campaign to “cancel” their professor.

As a faculty member, it was enlightening to see how many of my colleagues not only support this stereotype, but also incorporate it into their daily teaching practice. Even more enlightening? Learning that this stereotype can be applied to a college professor just as easily (if selectively) as it is to today’s students.

To tweet about it From my experience as a former student in Jones’s organic chemistry course, I found myself at the end of the sort of comments not particularly uncommon in faculty conversations about undergraduates. Much to my surprise, my twitter replies told me that I wasn’t up to a challenge and didn’t have the thick skin to survive a day in the “real world”. Complete strangers let me know that I had missed an opportunity to be taught by one of the “world’s best instructors” whom I seriously disrespected by not getting a better grade. Some even argued his teachings saved lives: clearly, had I become a doctor, my patients would not have survived.

Much more could be written about the subtext behind such comments, but I mention them here for a reason. If something sounds ridiculous when addressed to a faculty member, it’s probably worth considering whether that view—even when expressed in a subtle, cryptic way—is universally true when applied to an entire generation.

Instead of assuming the worst about students before they have a chance to prove you right or wrong, why not make other assumptions? Why not assume that the vast majority of students want to be successful and will put in the effort required to do so? And in the meantime, you can take responsibility for fostering a learning environment that challenges students equally and supports.