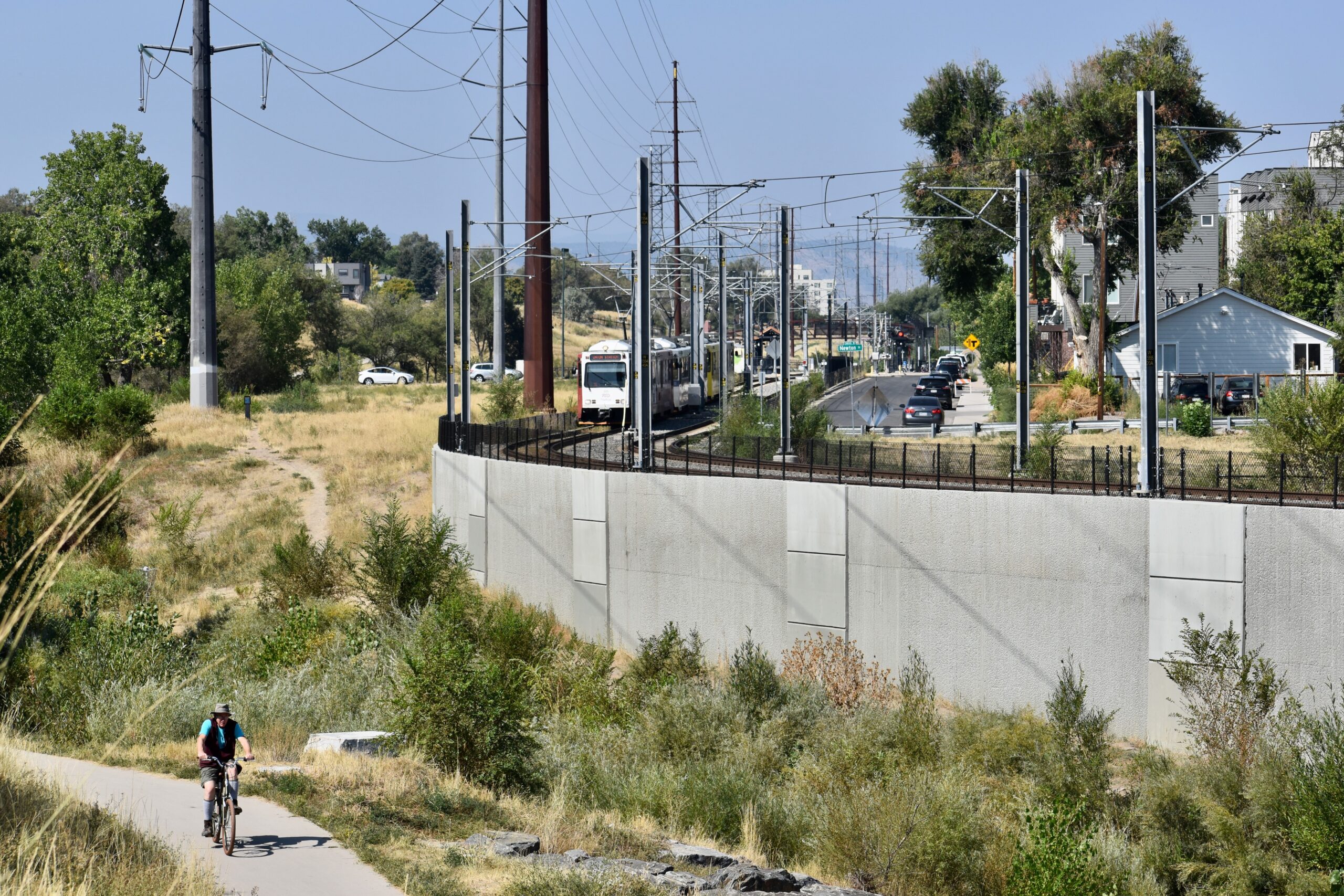 For the past year I have made it my goal to travel to every RTD station in the system – 74 stations, 12 lines and hundreds of miles later I have achieved my goal and written 10 articles about my trip on my personal blog. Life on the Denver Transit.

As I reflect on the experiences I’ve had, I think that I think stations can be improved for cyclists, pedestrians and everyone in between.

GET THE TOMORROW HEADLINES IN YOUR INBOX

Although I initially looked for ways in which train stations could be improved in terms of cycling capability, the most important thing RTD can do to improve their stations is to implement their transit-focused development policy for 2021 to use underutilized space throughout the system to develop for residential purposes. I often drove past empty lots on my trips, even during rush hours, and felt like they were a waste as Metro Denver continues to struggle with a housing crisis.

For me, the biggest problem in terms of bike-ability was the insufficient bike infrastructure to reach the stations. While Union Station had a protected bike lane and the downtown core had several options for reaching it via a protected path, a more suburban station like Mineral Station along the D Line would require riding down heavily affected West Mineral Avenue and the cyclist onward to put in danger. Although the development of cycling infrastructure is often a function of the particular cities and counties in which RTD operates, rather than the district itself, RTD should encourage the development of bicycle and pedestrian friendly infrastructure, even on the more suburban lines.

My final consideration was the safety of my bike. While I usually take my bike with me on the train when riding RTD, leaving it at a train station while going to nearby destinations wouldn’t give me much guarantee it wouldn’t be stolen.

The most glaring example to me is that the Denver airport station does not have dedicated bike parking for those who bring their bikes. To address this particular issue, RTD and Denver International Airport must work together to provide parking services similar to those at San Francisco Airport, which includes five floors of bike parking and valet parking.

Also, subway-area stations that are near high-traffic areas, such as 10th and Osage Stations during the Santa Fe Artwalk or Olde Town Arvada, must have lockers and facilities similar to those at Union Station and the Bike N Ride Shelters are similar to those that exist along the bus route to Boulder.

As the Denver metro area braces itself for another possible summer of poor air quality, measures like transit use and bicycling will help reduce emissions. Making cycling a transit, along with housing construction, seems paramount to achieving this lofty goal.