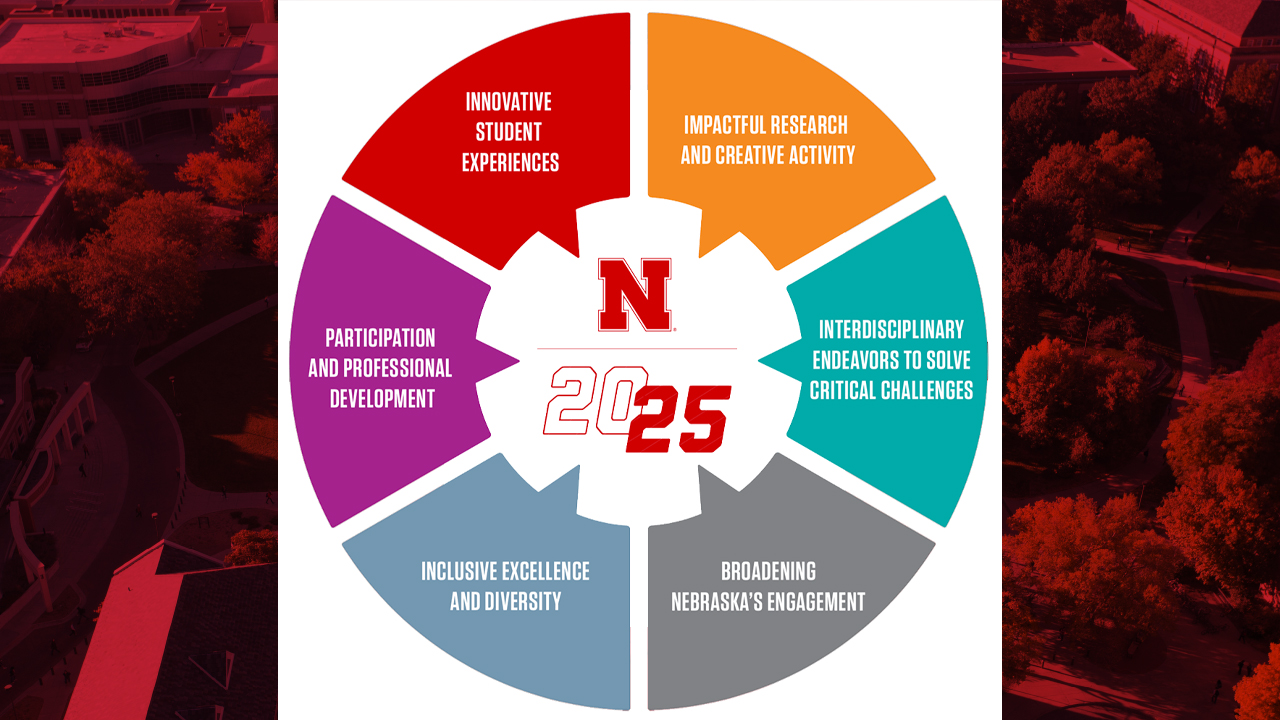 The University of Nebraska-Lincoln strives to build on its strengths, developing them and combining them to create interdisciplinary approaches that drive new ways of knowledge generation.

This desire to never rest on the strengths of the university is reflected in theirs N2025 strategic plan – particularly within “goal three” of the plan.

Recently, as the university enters the third year of its strategic plan, university leaders gathered to discuss the progress made toward the document’s six goals and related goals. Videos from the discussions will be posted through April 25, each with a weekly topic N2025 Goals.

The third discussion, available below and on the N2025 Website, focuses on the third goal, which calls for the university to “focus research, scholarship, creative pursuits, and student experiences to foster innovative, interdisciplinary endeavors and solve challenges vital to Nebraska and the world.” . Three video stories highlighting the interdisciplinary work related to this goal will be released on April 6th.

Per the N2025 Objectives within Objective 3 include:

The university’s most visible work in relation to the third goal is the launch of its Grand Challenges initiative – a thematic organization that has identified seven areas to help focus and guide research and creative activities. The seven themes are: anti-racism and racial justice; climate resilience; early childhood education and development; health equity; quantum science and engineering; science and technology literacy for society; and sustainable food and water security.

In the summer of 2021, Chancellor Ronnie Green and Vice Chancellor for Research and Economic Development Bob Wilhelm made a $40 million strategic investment and challenged teams to create proposals on the Grand Challenges.

“We had 66 teams that indicated their intention to submit proposals for Grand Challenges in 2022,” said Nathan Meier, Deputy Vice Chancellor for Research. “Teams are led by faculty of all ranks and types. And the projects include contributors from every college on our campus. We also anticipate meaningful involvement of private sector partners in the proposed projects.”

Complete applications are due by the end of April and projects that have been awarded funding will be announced.

Other Goal 3 advances outlined in the discussion include:

Learn more about the progress in Goal 3 of the N2025 strategic plan by watching the video discussion and reading more here.