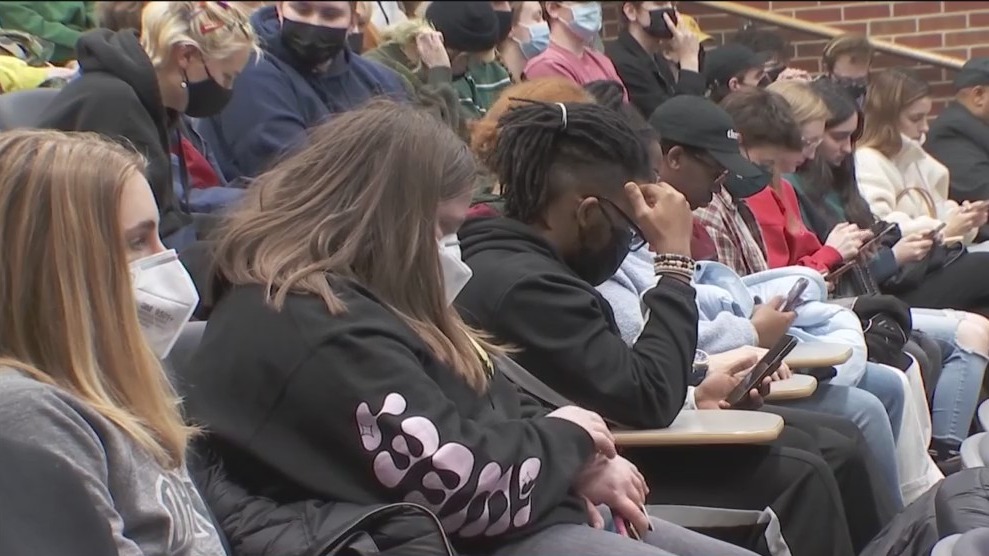 The call came Monday after the university said it was investigating four potentially racially motivated incidents on campus last week.

City Hall organizers on Monday said what was being reported on campus was a watershed event that showed changes must take place.

Before, during and after the meeting, one message was clear: the university needs to do more to address these issues.

“We urge you now to keep your promise to help our students feel safe on campus,” said Ohio University freshman Giah Harper, one of the organizers of the town hall meeting.

According to police, a black doll was taped to a dormitory door, a bag of trach with a racial slur on it was left on a door, a black housing counselor’s door and belongings were urinated on, and an online lynching threat was made.

The meeting was an opportunity for minority students to speak out about times they have experienced racism or felt unsupported. Students shared stories of seeing Black History Month materials torn up in their dormitories, being called the “n” word, not feeling safe in their dormitories, and feeling isolated in their studies.

“It’s about time that we come together to really find solutions, that we work toward a more inclusive campus, so that’s really our goal,” said Gigi Secuban, vice president of diversity and inclusion at Ohio University.

Many students said they were fed up with the university’s emails and statements and said they wanted to be shown their support, not just told.

“We’re not asking you to see us or feel us, but help us and help our campus be the haven for diversity and inclusion that it’s committed to,” Harper said.

Many at Monday’s meeting said they wanted the university to provide more safe spaces for black students on campus and wanted more black professors and executives to be hired at the school.

Faculty members and the university president were in town hall.

Vice Chancellors are looking for virtual learning in universities