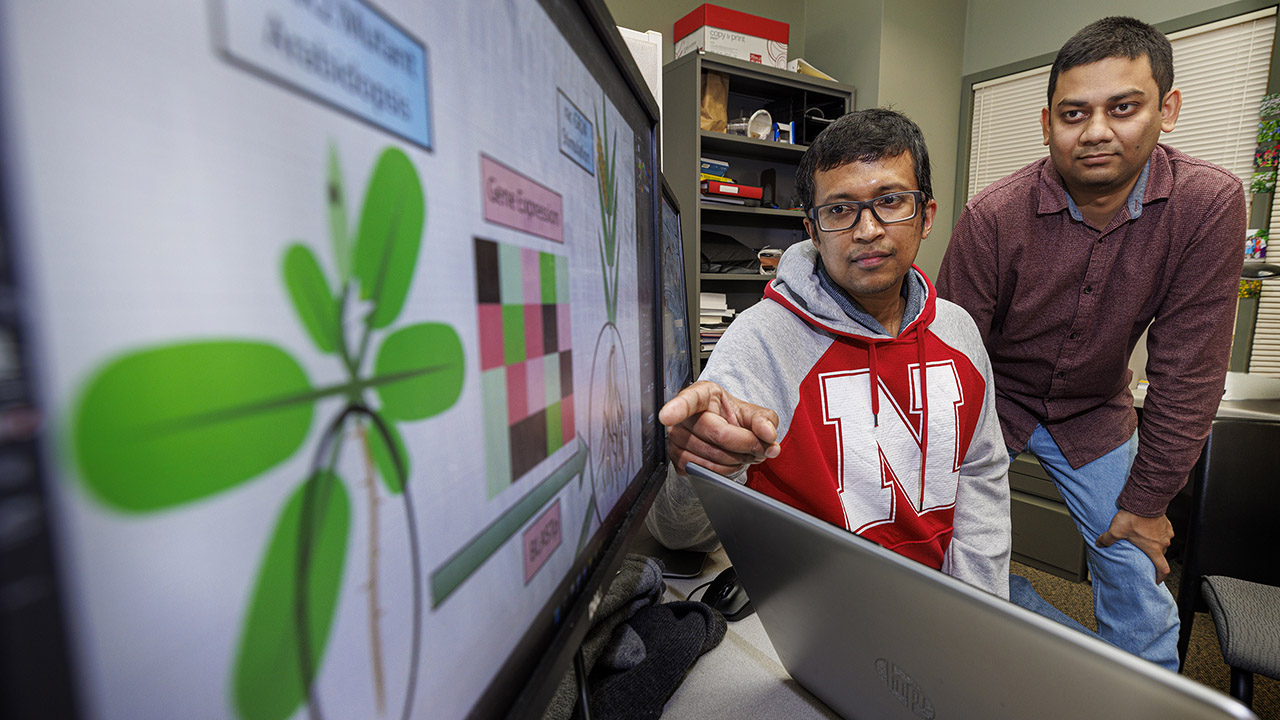 Researchers at the University of Nebraska-Lincoln are studying how corn roots adapt to insufficient nitrogen for genetic changes that could increase, or at least sustain, plant growth and yields without overuse of fertilizers.

The growth and development of corn is largely dependent on its nutrient uptake by roots, so studying its growth, response and associated metabolic reprogramming to stress conditions is becoming an important research focus, said Rajib Saha, assistant professor of chemical and biomolecular engineering. whose research is being conducted in collaboration with teams from Penn State and the Institut National de Recherche pour l’Agriculure, l’Alimentation et l’Envionnement.

Nitrogen fertilizer has a significant impact on climate, but limiting its use can affect crop yields, Saha said.

“One of the critical aspects of growing an agricultural product is how much of the required micronutrients it can absorb from the soil,” he said. “The idea is to understand what happens when a plant has to grow under nitrogen deficiency or stress. What changes is the system going through? Now that we understand this better, can we make some tweaks to allow plants to survive or even thrive when taking up less nitrogen?”

Saha’s team created a genome-wide metabolic model for the corn root to study its nitrogen use efficiency under nitrogen stress conditions.

“If there isn’t enough nitrogen, we would intuitively expect that the root should dig deeper to look for more nitrogen,” said Niaz Bahar Chowdhury, a graduate student and lead author of a new article on the research in the Journal of Experimental Botany also in highlighted in an Insight article published in the same journal.

In fact, the model showed just that – longer, more robust root biomass as the plant sought out the nitrogen it needed. This is a different reaction than other parts of the plant, which tend to languish when not getting enough nutrients.

“When you as a plant devote so much resources to growing roots, it takes a toll on the rest of the plant,” Saha said. “At the end of the day, your resources are limited. The plant might survive but might sacrifice productivity.

“What is the sweet spot? How can we make sure it grows its roots in a way that still has enough energy to set up shoots and yield isn’t compromised?”

Reconstructing and simulating the entire metabolic network encoded in a way Saha’s team did is called the “genome scale” because the researchers are trying to include all of the enzymes in the sequenced genome of the species. In this case, reconstruction of the network via a computer model allowed the team to study the systematic effects of the nitrogen-limiting growth regime on the root tissue.

The Nebraska researchers highlighted eight lipids and two metabolites that they believe play a role in the increased root growth that occurs in low-nitrogen conditions.

This corn root network builds on Saha’s work as a graduate student at Penn State, where he built a similar model but from corn leaves. The next step will be to model the entire corn plant – root, shoot, leaf and seed – to get a fuller sense of how corn plants might adapt to nitrogen deprivation.

He believes researchers may be able to adjust gene expression and metabolic levels to further gauge plants’ response and improve their growth under nutrient-stressed conditions. Ultimately, the results will complement some of the ongoing research being led by NSF and Nebraska EPSCoR-funded Center for Root Rhizobiome Innovation Researchers and can be tested in actual field plots.

The research is funded by a National Science Foundation CAREER grant; a NSF Established a grant program to stimulate competitive research in support of the Center for Root and Rhizobiome Innovation, awarded to Saha; and the Center for Bioenergy Innovation, a US Department of Energy Research Center supported by the Office of Biological and Environmental Research in the DOE Office of Science, in which one of the employees, Costas Maranas of Penn State, is involved.