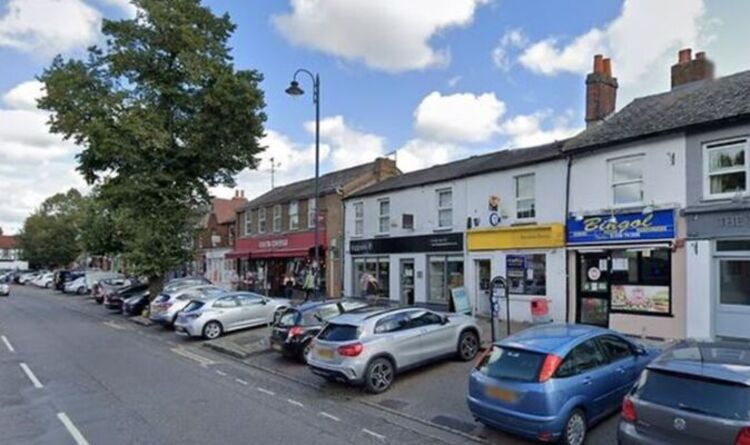 The thief stole a large amount of cash from a Stevenage newsagent.

No one was injured during the incident.

However, it was believed that he was carrying a firearm.

Hertfordshire Police used a helicopter to search for the offender, who was believed to be heading towards the town centre.

They also have “a large number of officers” stationed in the area, including armed police officers.

The incident took place at McMcoll’s newsagent at around 7.35pm yesterday.

The perpetrator is said to have been wearing a gray hoodie, black sneakers, black gloves and an Adidas backpack.

He was also spotted wearing a “Halloween mask” at the newsagent’s.

A spokesman for the force said: “One person – believed to be a white male – entered the store and threatened assistants with what is believed to be some type of firearm.

“The perpetrator then left the store with a lot of cash in the direction of the city center.

“It is believed that he was wearing a gray hoodie with writing on the sleeves, black sneakers and black gloves and had an Adidas backpack on his back.

“While he was in the store he wore a Halloween themed mask.

“No one was injured in the incident, but a large number of officers are currently in the area, including the armed police unit, and the police helicopter is also helping to locate the perpetrator.”

“Anyone with information that may be helpful to the investigation is asked to contact the police immediately.”