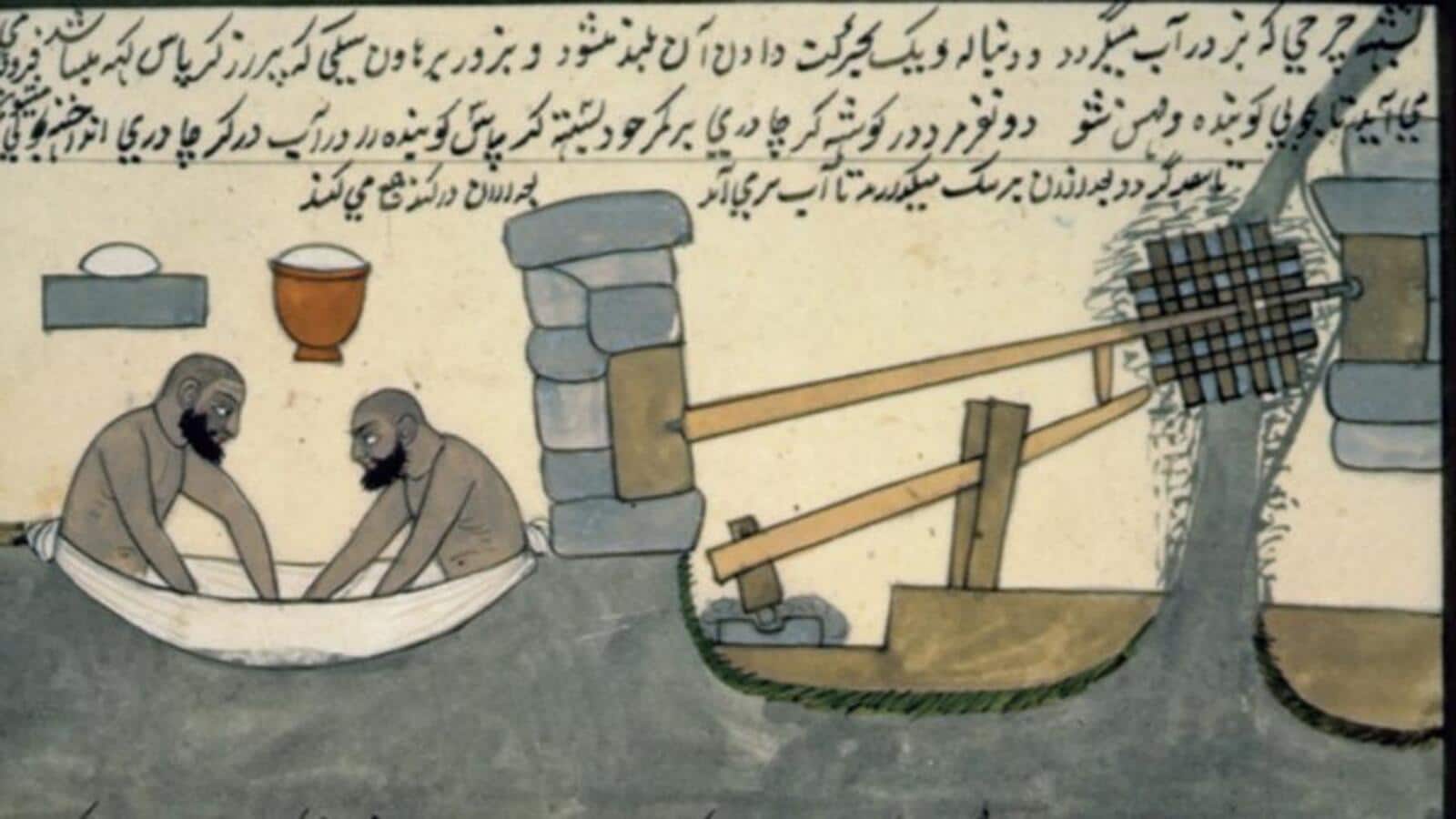 Sutradhara’s Tales: On the Trail of Paper Making in Pune, in Word and Spirit

Documents and records are one of the most tangible creations of the Middle Ages, providing us with crucial evidence to understand various aspects of administration and governance in days gone by. State records for Pune, which began as copperplate grants in the 8th century AD, grow enormously in the Middle Ages due to the introduction of paper and papermaking.

The Pune Archives, also known as Peshwe Daftar, houses more than 40 million documents from the 18th and 19th centuries. But what do we know about the medium of paper on which these records were written, and where did it come from?

Paper was first made in China in 105 AD. I-Tsing, the Chinese traveler who visited India on pilgrimage, states that he had no paper to record and translate the Sanskrit Buddhist texts. He observes that Indians wrote on either bhurja-patra (birch bark) or taad-patra (palm leaves), processed specifically for the purpose.

Papermaking technology was learned by the Arabs from Chinese captives captured in an attack on Samarkand in 751 AD. This art of papermaking eventually spread throughout Europe and India in the 18th century through the mediation of Islamic rulers. Muslim rulers used paper extensively as a writing material and one of the oldest paper manuscripts in India is found from Gujarat, dating to 1223-1224 AD.

The art of papermaking was introduced to the Deccan some 700 years ago by Mohammad bin Tughlaq when he moved the capital from Delhi to Daulatabad. A small settlement between Daulatabad and Khultabad was established and called Kagazipura where paper making was in full swing. Papermaking continues to this day and follows the traditional methods of handmade papermaking.

As the need for documentation and records increased, paper became the most preferred medium. The raw material for paper production in the form of various natural fibers was also readily available.

Shaiste Khan descended into the Deccan with a huge army of 40-50 thousand soldiers. And when he conquered Pune in May 1660, he made Lal Mahal, the former residence of Shivaji Maharaj, his base.

The original Kasba Peth, Shahapura and Somwar were not sufficient to meet the needs of his military camp. Hence, Khan settled a new Peth, Shastapura, also known as Astapura, along the river and beyond the Nagjhari stream, which is present-day Mangalwar-Peth.

The military also attracted various artisan communities to settle in Pune. Prominent among them were shikalgars (weapons makers) and kagajis (paper artists). A separate Kagadipura was settled east of Kasba for paper making. Water is an essential requirement for papermaking, especially for multiple wash cycles, and was available near the river. No wonder Kagadipura was settled on the banks of the Mutha River.

The various types of papers known during the Maratha period are named according to their region of manufacture or by use or community. For example, “Habsani” or “Hapshani” paper was imported from Abyssinia, Africa, or made by Habshis (Abyssinians) on the Konkan Coast near Janjira. Similarly, “Madgadi” paper may be named after Fort Madgad near Diveagar in Raigad District.

“Hareri” was the paper made in the city of Harihar, a major paper-making center in Mysore, Karnataka. “Daulatabadi”, as the name suggests, was made in Kagazipura near Fort Daulatabad. “Firangani” and “Portugali” are the papers imported from Portugal. The paper made in Junnar was coveted for its quality and was known as “Junnari Kagad”. “Shastakhani” was the name given to paper made in Kagadipura paper mills in Shastapura Peth of Kasbe Pune. The prominent cities like Aurangabad, Junnar Pune, which were home to craftsmen engaged in paper making, became ambiguously known as “Kagadipuras”.

The Jasoods (spies) in the Maratha period became known as “Kagadi” as they carried paper letters back and forth as part of undercover activities.

The Peshwas revived papermaking in Pune in 1783 by specially inviting the paper artisan Allibhai to Pune. He and his assistants were given free residence in Kasba Peth and eventually settled in Pune. Her tribe continued to grow as the demand for paper increased, thus continuing the legacy of Kagadipura, founded in the same place in the 17th century. During the 18th century, about 40 production units or kagaz karkhana operated in Kagadipura. However, in 1885 they were reduced to just eight due to slacking local demand. Of these, seven were in Kagadipura and one in Bhamburda on the other side of the Mutha River. Today, most of the units have disappeared or been replaced by modern machinery, but the place name remains due to the prominent presence of the Kagadipura Masjid. The area is also home to “Juna Kalbhairav”, a forgotten city deity of Pune.

The paper made in the Pune factories was quite strong and durable. The cities of Nasik and Junnar also housed paper-making units. But the process differed significantly; Cloth fabrics were used to make paper at both locations, while the Pune units recycled the discarded scraps of paper. In the past, ropes, cords, coco coir and jute burlap were used as fibers for papermaking. But it required excess labor to beat the bundles and wash the fibers.

Six main instruments were used as tools in this type of papermaking. A large hammer was known as a “Dhegi” or “Dang”. Various types of “chalnya” (sevens) were used as “thing” or paper forms to drain excess liquid. “Chapari” was the bamboo frame for holding and supporting the papier-mâché and for drying. A large, rounded, pebble-shaped block of agate called “Shilemani” was used to refine and polish the paper’s surface. “Kavade” or large shells were often used. This would make the paper surface smooth and easy to write on.

The quality of the handmade paper from the Maratha world was superior to that imported from Europe as it lasted long, did not break with age, held the ink better and did not allow the ink to fade even after 300 years.

Although making paper by hand is a laborious process, this historic art has been revived in the modern age and is finding new connoisseurs through ventures like the Handmade factory at Agriculture College.

Saili Palande-Datar is an Indologist, environmentalist, historian and farmer. She can be reached at [email protected]

The Best Ways to Proofread Your Essay