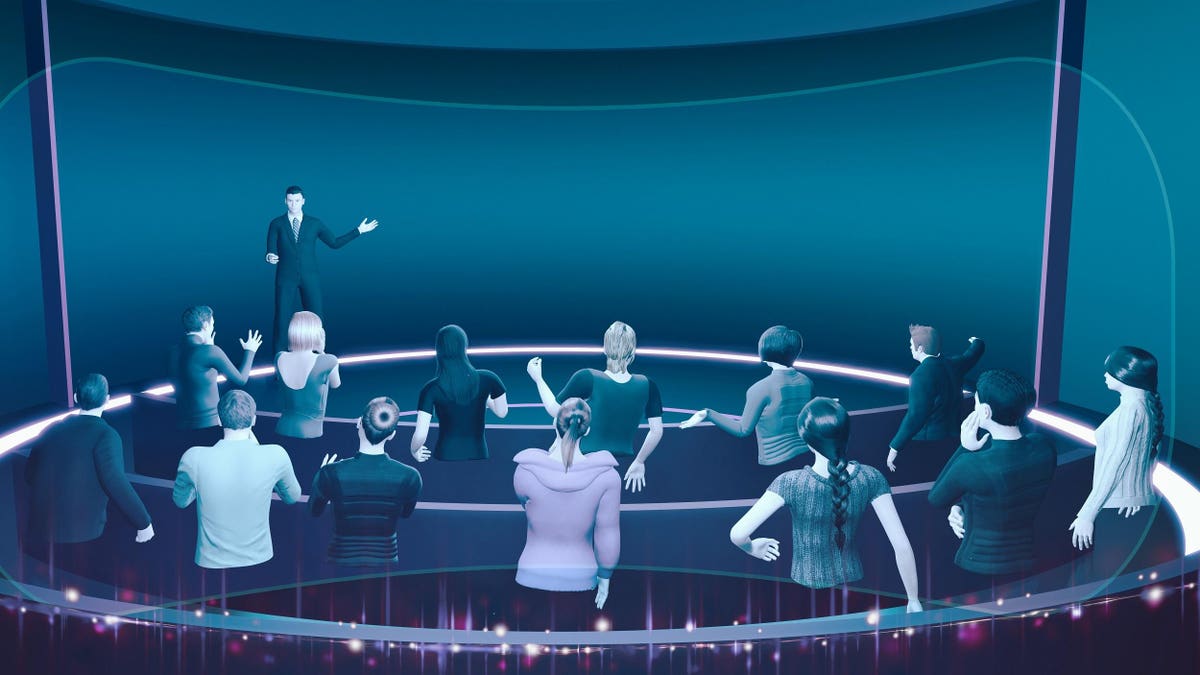 Everyone has heard by now that the Metaverse will be a multi-trillion dollar business opportunity – widely viewed by many brands and corporations as the next evolution of the internet.

But aside from being a term for the digital, persistent, and highly immersive virtual worlds we’ll become accustomed to, it’s up for debate what it actually is—or will be!

This is simply because the idea and concepts are still evolving. Huge corporations like Facebook and Microsoft are throwing huge sums of money into their attempts to build, and thereby define, the metaverse. If the metaverse is the new internet, then basically everyone wants to be the new Google – which holds the keys to the vast amounts of money that can be made selling advertising there.

That means there’s undoubtedly a mountain of opportunity for the rest of us, too. Ultimately, the future of the metaverse will be determined by the people who create it. That means the programmers, designers, artists, writers, and pioneers who do everything from building the basic structure to filling it with content that attracts users.

Luckily, there are plenty of ways for you to stake your claim on a place in this New Age gold rush. Although very new, many of the basic skills required to participate relate to areas of technology, business or design that are already well established. This includes skills and knowledge that can be learned in colleges and universities around the world. If you are studying (or considering studying) any of these subjects, it is possible that the course instructors are aware of the relevance of their subjects, although the course may not have the word “metaverse” in the title.

So, here’s a look at some of the courses that will be valuable if you’re interested in a career that involves the metaverse, and where you have the opportunity to learn them in a formal educational setting.

At the most basic level, the metaverse is created by software developers. A bachelor’s or master’s degree in the subject is still likely to give you the best all-round foundation in terms of the skills and tools needed to get involved. A degree in computer science teaches you programming and the basics of data and database management, how hardware works and networking. Nowadays, a Computer Science degree is also probably your best opportunity to learn newer Metaverse-related technologies like blockchain and decentralized Web3 platforms also in a formal educational setting. There are more glamorous subjects you could study that will most likely get you a place in shaping the future of the metaverse, but if you’re tech-savvy then this might be the option that opens the most doors. Starting salaries for Metaverse roles that require computer science skills – like software engineer, network engineer, or DevOps engineer – are also great. Good high school diplomas or equivalent grades in math and science are helpful in securing a spot on one of the top bachelor’s or master’s degrees in computer science, such as those offered by Stanford University and the Massachusetts Institute of Technology in the United States , Tsinghua University in Beijing, China, the Swiss Federal Institute of Technology in Zurich, Switzerland, or Oxford University in Great Britain

This is a new field and the relevant skills are often taught in more general courses such as design or computer science. However, some degree programs are emerging specifically for people who want to learn user experience design. UX design focuses on creating computer programs that provide a great experience for the user. In general, it’s all about creating intuitive interfaces that allow users to quickly and easily achieve their goals while reducing friction that can be caused by poor design. It encompasses aspects of traditional disciplines, including design, communication studies and even psychology. Some university courses you might consider are the Master of Human-Computer Interaction offered by Carnegie Mellon University or the MS in Human Centered Design and Engineering at the University of Washington, in the US, the Master of Interaction Design from the University of Queensland, Australia, the Postgraduate Diploma of Information and Interface Design from the National Institute of Design, Bangalore, India, or the MSc in Human Computer Interactions from UCL, London, UK.

BSc or MA in Game Design

The Metaverse concept emerged from the world of computer and video games, which have been creating massive, interactive environments for multiple users for decades. Game development engines like Unity and Unreal Engine were originally designed to create virtual worlds where we can compete in sports, solve puzzles or just blow ourselves up with futuristic weapons. Many of the emerging Metaverse experiences — like Roblox, Fortnite, and The Sandbox — stem from gaming and gaming-related technology. Gaming may be just one element of the broader vision of what the metaverse will eventually become. Today, however, it’s the creative and business realm that gives us perhaps the best opportunity to develop experiences that tick all the Metaverse boxes – persistent, avatar-driven, experiential, and multi-user. A game design degree is likely to offer you the opportunity to formally study graphic design, environment design, UI design, mixed reality (MR), elements of Web3 such as decentralized and blockchain gaming, and the challenges of creating immersive multi-user gaming experiences . University courses considered the best in the world include the MFA in Interactive Media at the University of Southern California, USA, BA, BSc and even Ph.D. Courses at Michigan State University, USA, or BSc in Computer Games Design at Staffordshire University, UK

Virtual Reality (VR) and Augmented Reality (AR) – sometimes discussed together as Extended Reality (XR) or combined to create Mixed Reality (MR) are just some of the ways users will experience the immersive 3D worlds of the Metaverse . If you’re interested in a formal degree that teaches you to build these worlds, then it’s likely an option in many computer science or design-related majors. For example, if you have a degree in computer science (BS, MS or Ph.D.) from the University of Washington in Seattle, USA, you can take the opportunity to learn in the UW Reality Lab, which deals with advanced VR/AR -Research. Similarly, computer science students at MIT can take advantage of the faculties at the MIT Center for Advanced Virtuality. However, like other metaverse-focused fields of study such as UI design, it is quickly becoming so popular that it is recognized as a distinct discipline with dedicated degree programs. The University of the Arts, London’s College of Communication offers a BA (Hons) degree in Virtual Reality, while the University of West England offers an MA degree in Virtual and Extended Realities.

To stay up to date on the Metaverse and broader business and technology trends, be sure to subscribe to my newsletter and check out my new book. Augmented reality in practicewhich has just been awarded Business Book of the Year 2022 in the Specialist Book category.