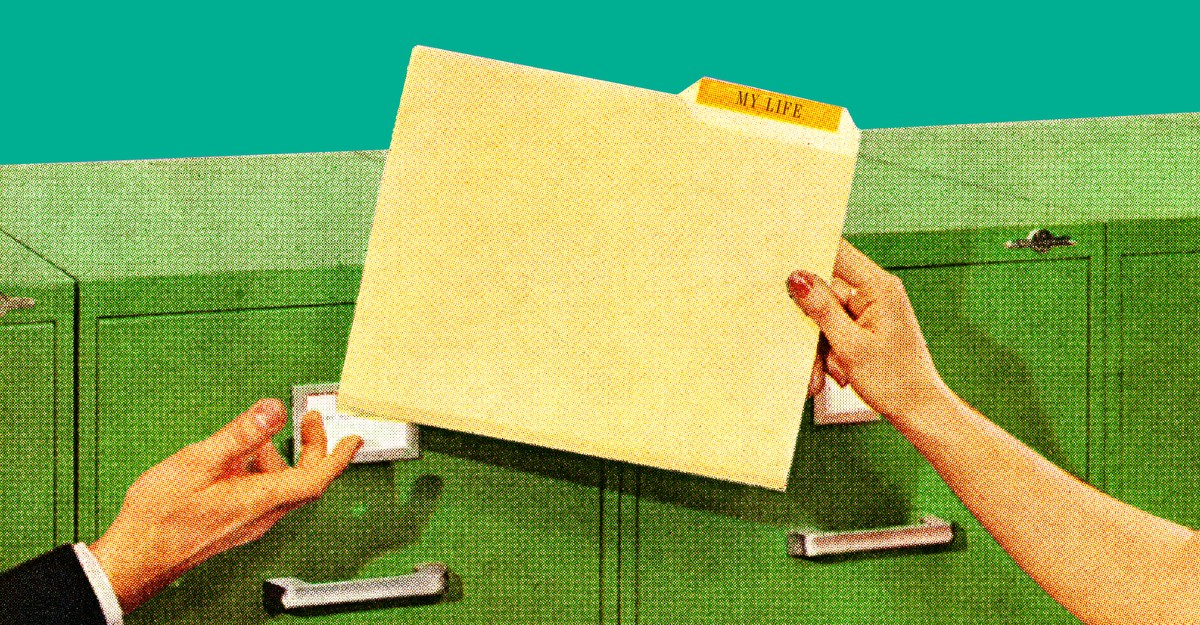 The existence dreams of an assistant

I recently got a last round interview for a dream job: Senior Research Coordinator. It wasn’t actually my dream, but it offered a way out of my current role – and it felt like a dream because I couldn’t imagine doing something so famous anymore. For a few days I imagined myself doing thankless and sharply written research. My future boss was famous in his field, reasonably famous outside of it, and the range of duties would have included tasks as diverse as lunch and ghostwriting articles.

Had I had the chance, I would have surpassed. I finally saw myself “realizing my potential”.

At the interview, however, after the nice first greeting, I was immediately redirected to titles that better suited my current “kitchen sink” job, such as B. Program Administrator and Program Assistant. I was applauded for my initiative, and my prospective boss’s interest was piqued by my writing sample, but not enough to make me a serious candidate.

Like millions of people, I have a LinkedIn profile that expresses my identity in the simultaneously clear but fuzzy language of 21st century careerspeak. I have causes I care about, people I follow, and companies whose tiny thumbprints appear next to the titles of the jobs I’ve held in a brief timeline of my adult life: administrative assistant, office manager, paralegal, administrative clerk, administrative assistant (again ).

Read: Workcations are not an escape. You are exercise.

Many like to say that you are more than your job, that someone in my position is “not just” what I do for a living, but rather a person who has hobbies and history and interests, a person who is known and loved. As if being known and loved somehow transcends the identity curated by your profession.

You are not entirely wrong, these people who argue that you are more than your job, but your job is most of who you are What you do more hours a day than you will ever spend with your friends or family (thus seriously questioning the value of being loved) cuts deeper into your identity than anyone cares to admit. That’s an unattractive truth to face: Although I’m a writer, trained through my training in analyzing history, I’m primarily an administrator because I’ve been doing that every day for the past nine years.

Originally, I wanted to pay my bills this way, but I’ve seen my job become inseparable from me. I organize my life in countless Gmail folders, write poetry at work, and compose stories at home about assistants stealing sort codes. The office appears in my art more often than I do.

The syndrome doesn’t stop there: My job comes to mind at dinner, on dates, and in the middle of hikes. I can’t get rid of my administrative concerns outside of office hours — and it’s not because of emails or phone calls that fall outside the 9-to-5 barriers, but because those concerns are the majority of my life. Telling people to take a break from their professional lives on their free time is like telling parents to forget their kids exist on a date night. They worry when someone says “Okay.”

For higher-level professions, we understand that. Lawyers think like lawyers, even if they don’t charge for time, and isn’t it reassuring to have a doctor on a plane? We inherently understand that a profession invades a person’s psyche, merging the job with their personality until they can no longer be separated.

Years ago I was a cashier and bagger at Whole Foods. A few months after my stay at a large suburban store, management decided to cover a plaque next to the elevator in the basement with markers showing the total number of hours worked at Whole Foods by the store’s current employees: 1,000, 5,000, and 10,000 30,000 or more. The line for 1,000 was lowest and the line for 30,000 was highest, with employees represented by stars. The stars clustered in the lower registers; only a handful reached the top. The supernova rate at my grocery store was high.

Read: The Hidden Work of Keeping an Office Running.

Ten thousand hours of dedication to a job should make you a pro. But we do not apply this axiom to all jobs, let alone to jobs that are underestimated by society. Since the pandemic began, many workers have been labeled “essential” — but in name only, without being rewarded in any way with compensation or respect for the skills required.

Service workers are typically “hourly workers,” meaning their work is measured by time rather than skill, as the idea is that anyone could do it — if they had the time. In these jobs, 10,000 hours doesn’t make you a respected professional. It just means you’ve spent many hours packing groceries.

Although the administrative work is considered a step up from scanning barcodes or wiping little noses, it requires the same skills and shares the same problem: you’re paid a little more, but always as little as possible. The administrative assistants sector is characterized by a gender imbalance, with women predominating. The position occupies a border between what is considered entry level and what requires experience. Since you, as an administrator, are surrounded by stereotypically successful people, at some point someone will suggest that you are where you are because you have a lower IQ than them.

Monotonous work is difficult to do well precisely because nobody wants to do it. They need concentrated willpower to pay attention to small, repetitive tasks with at least a modicum of grace and precise execution, and the ability to muster that grace under often unwarranted pressure and intense boredom is the value that America undervalues ​​and usually undercompensates for becomes. That’s largely what defines me now.

When it comes to further training, we speak of “more”. You’re worth it more; you could do more. This more is a strange concept because it suggests reaching a higher level, an increase in skill. If you’re worth more, you must do more, and this becomes a clean explanation of why a clerk, say, a software developer for Amazon, is paid astronomically more than a laborer, say, a warehouse worker for Amazon. The engineers do more not in time or effort, but in terms of perceived value, because we fail to recognize that both senior and junior workers are equally necessary to ensure commercial success.

If I had gotten the dream job I applied for, I would not have done more. I wouldn’t have been worth more. I would have gotten paid more of doing something I already have all the skills for, just applied in varying proportions. That’s why I wanted the job, not because my current position – and who I actually am – isn’t good enough. It is not. I have an exhaustingly demanding role camouflaged under a silent title. An iron grip holds on this deliberate understatement to separate my salary from my worth, keep my job cheap, and perpetuate the stereotype that an administrator is inferior.

Despite my low worth on paper, I use every skill I’ve ever developed in my kitchen sink roles: how to deal with the sensitivities of important people; how to read reactions to communication styles; how to move through this world without losing track of bureaucratic breadcrumbs. I apply the invaluable practice of writing and editing to routine interactions in our increasingly disembodied world, where your only sense of other beings is their clipped clauses and phrases in email and Slack. How you construct these critical, quick statements is important; I know this because I’ve been the face of those little notes for so long.

I also understand leadership because I had to become an excellent follower. I took 100,000 frustrations that weren’t mine and 10,000 that were and went home to use my free hours to create collages to express this poignantly empty life we ​​live in a constant state of emergency . My merged identity – as an individual and as an employee – is complete and inseparable, and not diminished just because my job is viewed as inferior. I haven’t failed, and when I apply for jobs that rely more heavily on these soft skills, I don’t overdo it to gain respect for all I already am.

I would have been an incredible researcher. But until I get a higher quality job, I will maintain my professionalism, do whatever it takes to support myself and have a roof over my head until I reach the number of hours that make up a lifetime, and demonstrate my expertise , how I learned life.

Then ask me if I could have been more.