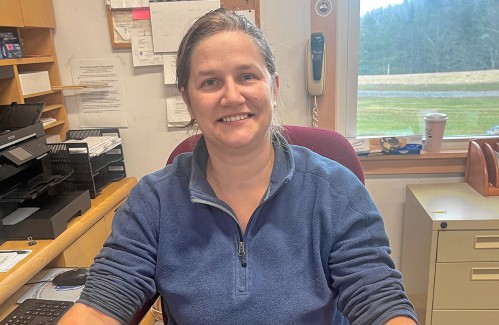 The recorder-town clerk hands over torch in Hawley

HAWLEY – The new town clerk and the former town clerk have at least one thing in common: their favorite job.

“I loved being a town clerk because I could give faces to names, especially on election day,” said Pamela Shrimpton, 62, who handed her nine-year role to Liz Billings. “I got to know almost everyone.”

Billings, 37, repeated Shrimpton. While training under Shrimpton for her first position in town council in November and officially becoming town clerk since December 1, the East Hawley Road resident said she enjoyed getting to know her neighbors and the names of the people in the small town to learn with 335 inhabitants.

“I just want things to run smoothly for the city and make sure residents get what they need,” said Billings. Regarding the importance of the role, she added, â€œI keep critical records and am the lead registrar. All of this has to run relatively smoothly and is important so that every vote is counted. ”

After Shrimpton announced her plans to leave town, which would disqualify her from the position of town clerk at Hawley, Selectboard chairman Hussain Hamdan reached out to Billings to fill the position. Billings and her husband Shawn have lived in Hawley since 2016, now with their 4 year old daughter Rachel.

“I’m very organized and he’s seen me do things this way and juggle multiple things at the same time,” said Billings, a freelance graphic designer and assistant professor at Hawlemont Regional School.

“She is a very smart woman and she will be fine, I know,” said Shrimpton. “I feel good about it.”

After 15 years in Hawley, Shrimpton and her husband now live in a Greenfield condominium which is a quicker way to get to their daughter and granddaughter in Easthampton. She had been an election clerk in Hawley, and roommates recommended her as a town clerk when the position became vacant.

â€œI did a lot of administrative work, but never did government work,â€ recalls Shrimpton, who works as a freelance proofreader and editor.

The work got more time consuming over the course of nine years, between more tasks being done on computers, “which really meant more work, not less work,” said Shrimpton, and the introduction of the early voting that every community requires, depending on the size of the community City will be open at certain election times.

Still, she said, it was “great to be a town clerk”.

“I really, really loved it,” she said, “and if I didn’t leave town I would still be there.”

Shrimpton plans to remain trustee and correspondent secretary of the Sons & Daughters of Hawley, the historical nonprofit, and she expects to return in April to train Billings in elections “because that’s a different matter altogether.” Billings herself will run in the May election, hoping to keep the position of town clerk permanently.