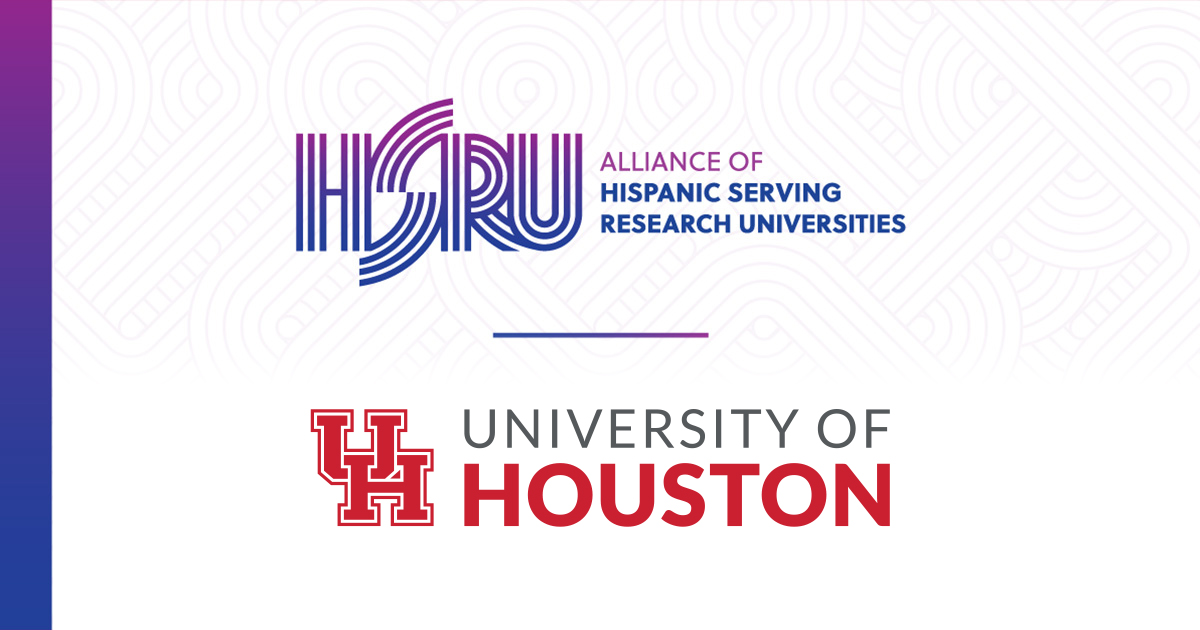 The University of Houston is among the top 20 research universities in the country to join the newly formed Alliance of Hispanic Serving Research Universities (HSRU Alliance), which aims to improve opportunities for those historically underserved by higher education.

The 20 universities represent all universities classified as R1 (very high research activity) by both the Carnegie Classification of Universities and a Hispanic Serving Institution designation by the US Department of Education.

The HSRU Alliance wants to achieve two key goals by 2030:

“By bringing these research powerhouses together, we can really make a difference and improve Hispanic representation at the highest levels of research across the country while creating a diverse pipeline to grow the workforce,” said Renu Kator, President of the University of Houston. “At the University of Houston, one-third of our students are Hispanic, and we have made great strides to serve this historically underserved population, but more needs to be done to expand educational opportunities in doctoral programs and in our faculty ranks.”

The 20 universities in the HSRU Alliance, representing nine states, enrolled 570,109 undergraduate students as of fall 2020; of these 36% (202,492) were Spaniards. In 2020, these universities’ combined research spending totaled more than $5.9 billion.

Alliance universities are involved in thousands of research projects — in the arts and humanities, STEM, health sciences, social sciences and more — with world-changing results. In 2021, Alliance universities produced a total of 6,090 graduate students and 9% (559) were Hispanic.

“Hispanics are the largest minority in the United States and now make up 17% of the workforce, yet they remain underrepresented in higher education. No group is better positioned than we are to expand the pathway to opportunity,” said Heather Wilson, President of the University of Texas at El Paso and Alliance Chair. “We believe that together we are stronger than individual institutions acting alone.”

Prior to the formal announcement of the HRSU Alliance, universities began collaborating on several initiatives. The first project, funded with $5 million from the Mellon Foundation, will conduct national research and train graduate students in Latinx liberal arts. A second initiative, funded by the National Science Foundation, expands opportunities for Hispanic computer science students.

The alliance began during the pandemic through talks and remote meetings between presidents and chancellors, as well as faculty and administrators, coordinated by the University of Illinois Chicago. Efforts took hold and grew into a determination to formalize the relationship announced today.

“By enhancing Hispanic representation in academia, this alliance will change the face of higher education,” said Kim Wilcox, Chancellor of the University of California, Riverside. “We are able to bring diverse perspectives to the research of our exceptional faculty, creating opportunities for purposeful careers in and outside of academia for Hispanic students.”

Universities in the alliance include:

Learn more about the Alliance of Hispanic Serving Research Universities at www.HSRU.org.

The Next Great Champ hopes to become a best-selling author