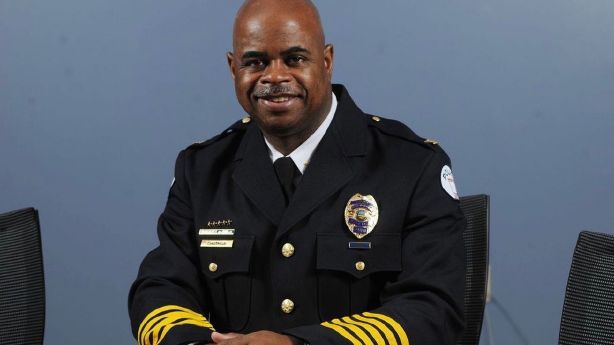 University of Utah Police, Rodney Chatman, alleged in a lawsuit – an early step towards a lawsuit – that he faced retaliation from his employer for attempting to inform students and staff of missteps in the case. Chatman is still on paid administrative leave. (Courtesy University of Utah)

SALT LAKE CITY – The University of Utah police chief who took over the disputed division after the murder of Lauren McCluskey said he faced retaliation from his employer for attempting to alert students and staff of missteps in the case .

Rodney Chatman claims the school also took revenge on him for raising concerns that it was violating state sexual assault reporting requirements, according to a lawsuit KSL.com received through a public filing request.

Chatman claims he tried to make changes for which he was hired, but the administrators responded to his attempts to create transparency and change by threatening his job and suggesting wrongdoing on his part.

He is seeking at least $ 10 million in damages, according to the April 27 notice sent to the Utah Attorney General, which represents the university in civil matters.

“University leaders have scapegoated Chief Chatman by insolently and falsely insinuating that he committed bad acts in violation of public order in trying to alert them to possible violations of the law,” the legal notice said, the first step in filing a lawsuit.

Attorney Kathleen McConkie said Tuesday she was preparing a lawsuit on her client’s behalf and declined to provide details of the settlement talks.

“We’d be happy if the university wanted to negotiate, but we’re pretty far apart at this point,” McConkie said on Tuesday. University spokesman Chris Nelson declined to comment.

Chatman has been on administrative leave from the university since December and is a finalist for the Top Public Safety Job at Kansas University.

In addition to the whistleblower allegation, he alleges breaches of contract, defamation, invasion of privacy and deliberate infliction of emotional stress that caused him “psychological agony” and shame.

Chatman says he ordered a new investigation into McCluskey’s death after discovering that a previous review had “whitewashed” the officers’ actions.

The new investigation found that former officer Miguel Deras shared explicit photos of college student Lauren McCluskey with other officers before she was murdered on campus in 2018. McCluskey, a 21-year-old track and field athlete and communications major, was shot dead by a man whom she reported to university police and told them he was trying to blackmail her after they cut off their relationship.

The report resulted in the firing of two campus officers and a supervisor. It also resulted in Deras being fired from his new job with the Logan Police Department.

Chatman claims a lawyer who has long represented the police made criminal charges against him in retaliation for the investigation and filed a complaint with the attorney general’s office just a day after the officer was dismissed in August.

The Salt Lake County District Attorney’s Office declined to bring charges against Chatman in response to allegations that he inappropriately carried a badge and gun prior to being certified as a law enforcement officer in the state. District Attorney Sim Gill cited insufficient evidence to support the misdemeanor of impersonating an officer and concluded that Chatman had no intention of deceiving anyone.

Attorney Jeremy Jones has filed the lawsuit that opened the investigation, according to the report KSL.com received in a public filing request. Jones represented Deras but said he did not file the complaint on behalf of his client. He did not immediately respond to a message asking for comment on Tuesday evening.

The state investigation included 17 interviews, including several with current and former university staff and its police force. Some of those who spoke to investigators – many whose names have been removed from the report – reported that Chatman sometimes openly carried a gun and at other times hid his gun.

Former university public security director Marlon Lynch told investigators he saw Chatman with a badge and said Chatman carried a gun for three or four days in the police station because “he feared for his life.” after the dismissal of university law enforcement officers whom Chatman described as being known to carry guns.

The university put Chatman on paid administrative leave last year and gave him three weeks to consider stepping down. During this time, Chatman points out Lynch, then U. The chief of public security said, “Rodney may have violated certain guidelines, which are also criminal offenses,” Chatman said, among other things, as false and damaged his reputation.

He had asked his manager to hold a “debriefing” with students, faculty and staff about the mistakes made during the McCluskey case, the letter said.

Almost immediately afterwards, he claims, he was told that his position in the position would be “terminated” and the university ordered him to withdraw his application for certification from the Utah Police College, even though he had already received the certification. Chatman also claims the university changed his title from chief to director, retaining it after he was certified as a law enforcement officer in Utah.

Chatman had also warned repeatedly that the university is at risk of being screened for possible violations of state campus crime reporting and gender discrimination requirements, which if true, could expose the school to fines and negative advertising, his letter said . But the university had “rejected both applications,” it says in the letter.

Fraternity loses recognition for alleged violations at the University of Arizona

Molecular biology of SARS-CoV-2 and COVID-19