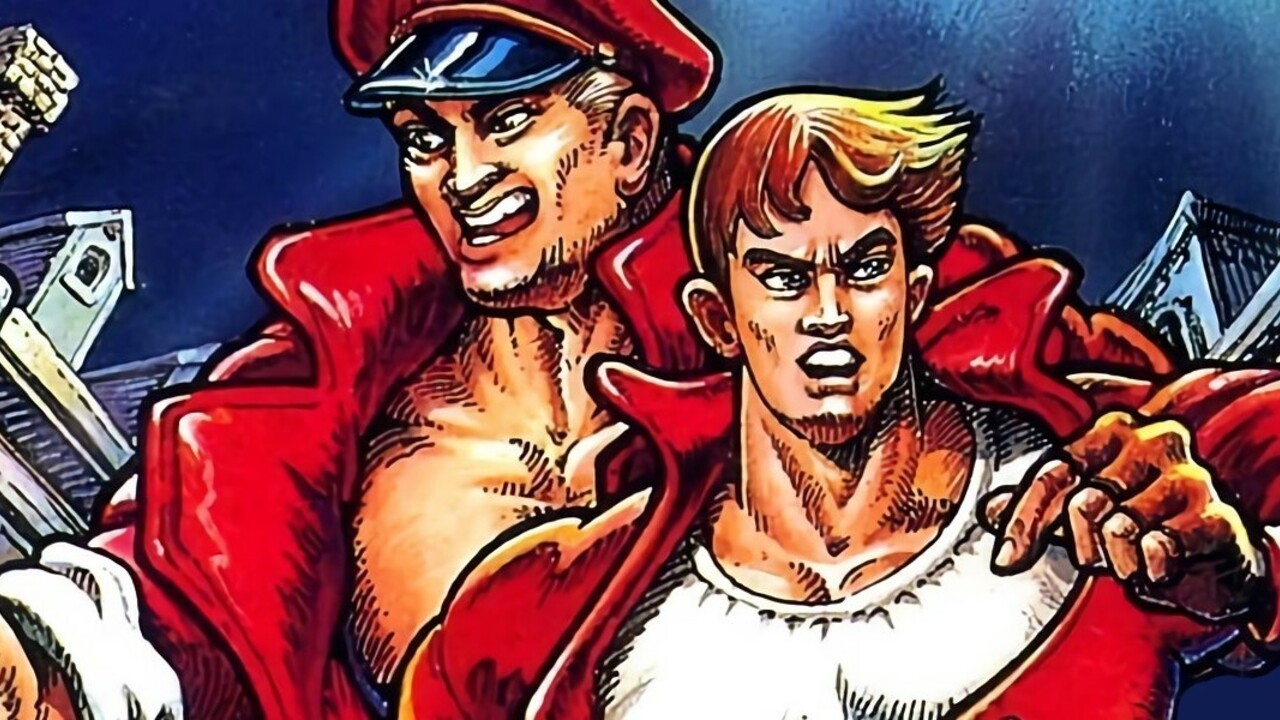 This review was originally published in 2015 and we’re updating and republishing it to mark the game’s arrival on Switch as part of the Super NES game library included with a Nintendo Switch Online subscription.

As you approach Jaleco’s Rival Turf! (known as Rushing beat in Japan), it is important to understand the context of its publication. In the early days of the Super NES, Capcom duly ported its famous arcade brawler, Final Fight, which wowed gamers with its arcade-quality graphics and sound. Given the relative gulf that existed between slot machines and home consoles, it was a tremendous feat, but sadly it wasn’t quite perfect: the two-player mode that made the arcade original such a hoot was absent due to memory limitations, as was that third playable character, dude.

While it was a commendable conversion, many fans understandably felt a bit left out. In the midst of this storm of dissatisfaction, Jaleco launched this racket. The marketing strategy was hard to fault; Where Capcom failed, Jaleco would succeed – Rival Turf! had a two-player cooperative option. Such was the importance of this mode that its presence was printed on the cover of the North American version of the game in appropriately offensive font, along with a ridiculous photo of two teenage male models trying to look like common street crooks.

It’s fair to say that when it came to the solo-only Final Fight and the two-player cooperative Rival Turf! were confronted with, after much deliberation, took the latter game off the store shelf. Unfortunately, while Jaleco’s game allows you to brawl with a buddies brawler in league, it lacks the finesse and brilliance of the game that ultimately inspired its creation.

Rival Turf! is desperately short on originality; The two main characters are painfully similar to Final Fight’s protagonists, Cody and Haggar. The hilariously named Jack Flak is swift and weak, while the cap-wearing Oozie Nelson is a professional wrestler who is slow but powerful. Both have the usual array of punch combos, leaping attacks, special moves, grabs, and throws – all of which may have their origins in Capcom’s infinitely stellar side-scroller.

The only unique element of Rival Turf’s control system is the dash technique. If you tap the “L” or “R” shoulder button, your character will move much faster than normal (although, amusingly, there’s no actual walking animation – you’re just gliding across the ground faster than usual). Combining it with an attack results in a useful crowd control move. Flak’s is a floor slide while Nelson opts for the no-nonsense running clothesline.

Such is the scale of Rival Turf’s cheeky plagiarism that many of the enemy sprites are apparent recreations of those seen in Final Fight. The biggest problem is that they’re not nearly as flashy: Capcom’s title uses larger characters and has considerably more visual impact; Rival Turf’s motley crew of villains is disappointingly light in comparison. In fact, they just look goofy.

Rival Turf! is also saddled with really boring gameplay. Collision detection is highly suspect, and when they combine, the attacks lack the visceral power you feel on the best beat ’em ups. Characters fly through the air seemingly unfazed by the laws of gravity and physics. Even if you get knocked down, your character will fall in a way that looks limp and unconvincing, like he just slipped on a banana peel instead of pounding a fist in the kisser. None of the offensive moves carry weight, and hurling an enemy into a crowd of enemies doesn’t yield the same level of satisfaction as Capcom’s title.

Of course, the two-player mode helps alleviate some of these problems; Scrolling fighters work best when you involve friends, and the fact that it’s possible to damage your ally makes things even more interesting. Unfortunately, even the promise of human interaction can’t hide the shortcomings of repetitive and downright boring gameplay.

Jaleco managed to atone for its sins to a degree with the superior Brawl Brothers and Peace Keepers (direct sequels to Rushing Beat rebranded for western consumption), but the company never really came close to the brilliance of final fight The same goes for Capcom, which twice struggled to land a lightning bolt with two lukewarm SNES sequels.

Put aside the healing charms of two player mode for a moment, Rival Turf! is inferior to Capcom’s Final Fight in every way imaginable. The gameplay is bland, the characters look like they’ve wandered off the set of a Vanilla Ice music video, and the presentation is lackluster. This is a game that practically sold for the fact that it allows you to play alongside a friend, but honestly your friends will probably avoid you if you force them to put up with this disappointingly weak fighter.

Cincinnati’s season ends with a loss to Tulane