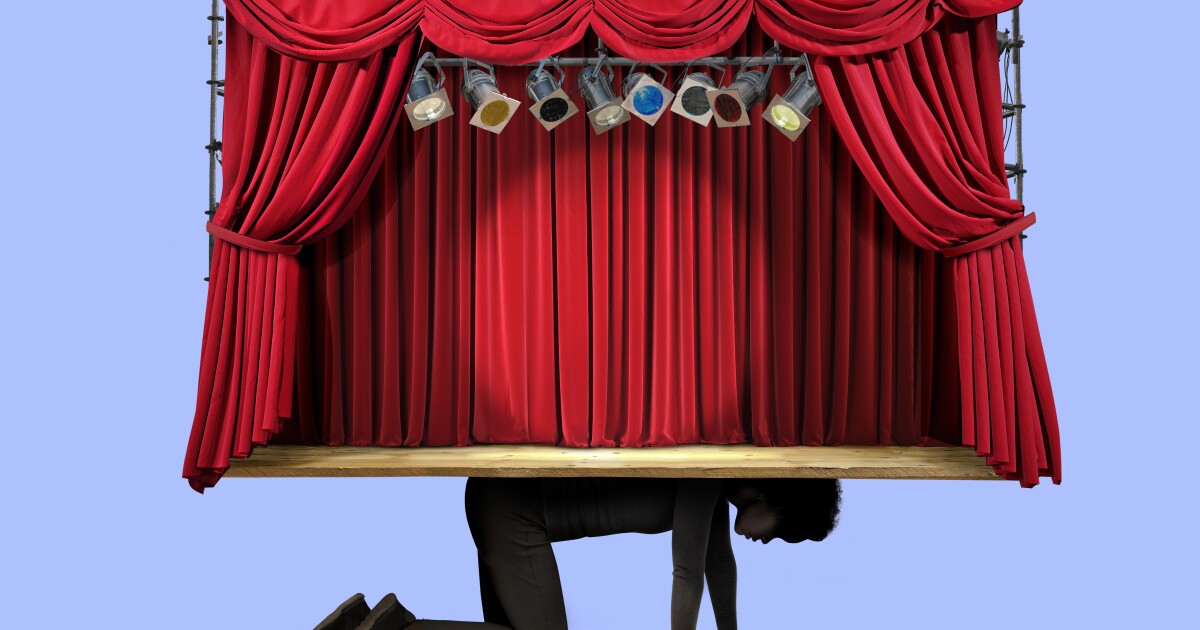 Can the Williamstown Theater Festival change a “broken” culture?

When Ryan Seffinger applied for the unpaid lighting design internship at the Williamstown Festival in 2019, he said to himself: “The clout would be extremely good for my career, be it just that line on my résumé or because of the people I would meet there. “

Founded in 1954 and held on the Williams College campus, the festival had built a reputation as a promising springboard for new work. The final seasons of the Tony-winning festival featured world premieres of Carson Kreitzer and Matt Gould’s Broadway-bound musical “Lempicka,” Bess Wohl’s comedy “Grand Horizons,” and Adam Rapp’s two-way work, “The Sound Inside,” the latter two of which currently stand for several Tony Awards. The internship promised the opportunity to work on the season’s marquee titles and lead the designs on smaller shows.

“This institution, which is so highly regarded and respected, brings you on board to work with these great professionals and surrounds you with people who are all as passionate as you are, who care about their work,” said the former Assistant director Lauren Zeftel. “It felt like the festival was saying, ‘We are investing in your art and we want to give you the support, space and time to do great things.'”

But Williamstown productions are less like rugged summer stick shows than those from major regional and Broadway stages, and assembling about eight major productions in eight weeks – sometimes with a double title at the opening – requires around the clock work behind the scenes Backdrops.

“Everything was always lagging behind, everyone was always stressed,” says former costume designer Leah Mirani. “[The seasonal workers are] good at what they do, but Williamstown makes them fail because they simply don’t have the resources, infrastructure or training to handle the volume, pace and quality of the show. “

Seffinger spent the summer assembling and focusing lights by hand for up to 16 hours a day. While crawling to hang a power cord in the cramped space above a Williamstown stage, he hit the back of his head on a horizontal metal support and suffered a concussion that doctors later diagnosed.

He said that during orientation he was specifically instructed to remove all protective helmets when climbing in this area or when climbing on stage rooms at heights; According to Bagwell, Seffinger’s supervisor, the festival’s hard hats had no chin straps and could potentially fall into the house and injure someone. Seffinger used his own health insurance for the hospital visit, otherwise he would have had to pay out of pocket without the support of the festival. And he was not eligible for workers’ compensation as interns were classified as unpaid festival volunteers. The festival didn’t respond to a Times question about the availability of chinstrap helmets, but it did state that “We are aware of certain situations in previous seasons when the festival has worked to ensure medical care for apprentices or interns and ours Payment when required. “

This situation was part of a pattern at the festival, so almost all of them Sources interviewed by The Times claim that a lack of safety equipment, training, and sufficient time to complete tasks have resulted in preventable injuries – a claim repeated in the appendix to the letter from festival alumni received from The Times became. In addition to several other concussions, the document cited cuts that required stitches and second-degree burns; Trips to the emergency room were the order of the day. “Production staff have been instructed to simply keep buying more bandages and wound care instead of actively exercising and monitoring to avoid injuries,” the letter said.

The appendix, included below, also claims that workers suffered asthma attacks and skin irritation from “the mill,” a series of almost abandoned buildings that have been used to store props and structures since 2011. It was regularly used by pigeons and other animals (which had to be discarded annually) and was only equipped with eye wash stations in 2018 after numerous requests from various teams. According to the appendix, the ground there collapsed under a worker.

“That was no secret for everyone who passed there – A-list actors, board members, they all saw the condition of the building,” said the former head of the paint department, Julia Bürkle. Williamstown told The Times the festival ended its lease at the “Mill” in 2020 “after evaluating our options based on documented working conditions.”

Alumni also claim that the theater festival lacked an adequate system for reporting safety issues and that its workplace culture encouraged workers to downplay both injuries and the fatigue that could lead to them.

“Young, unskilled workers become familiar with safety-related tasks, and that’s scary,” said Barbara Samuels, a former assistant light guide who almost fell off a truss structure as an intern. “And it’s normalized because we’re taught that ‘accidents happen’ as if it were a single accident rather than an entire unsafe work environment.”

Chief Executive Johnson said in a statement that Williamstown “clearly defined, documented and disseminated reporting structures for reporting concerns to the festival, be it security or harassment or discrimination,” through staff manuals, induction and training sessions and end-to-end Signage its facilities.

Almost all of the alumni who spoke to The Times said they hadn’t reported the festival to a state or federal agency such as the Occupational Safety and Health Agency, either because they felt they didn’t have a strong case to justify an official complaint or from the conviction that there would be no meaningful change to the festival. “I honestly felt a little defeated and was afraid of what would happen if I said something alone,” said Bagwell.

Seffinger filed an anonymous workplace complaint with the Massachusetts Attorney General after his summer at the theater festival. “My parents refused to have my name written on it in case the festival somehow finds out it was me,” he said, citing the fear of reprisals from Williamstown that could harm his career. He filed the complaint after reading the government’s unpaid internship regulations, which, among other things, mandate an educational role for the intern’s benefit rather than the transfer of a regular worker. Seffinger was particularly noticeable of the guidelines because interns were so crucial to the festival. “In Williamstown,” he said, “we were the workers.” (A public record filing with the Massachusetts Department of Labor Standards found no record of a formal complaint against the theater festival.)

Former department heads told the Times that they are instead alerting the festival’s management, either through email inquiries before a season starts or during personal debriefings after the season is over. However, they said they were promised solutions that did not always materialize or that improved conditions themselves. For example, according to Bagwell, a training manual is only as detailed as the responsible department head. At one point a department’s manual called the “Bible” was an empty folder.

Several alumni said the unsafe conditions were exacerbated by sleep deprivation, high levels of stress and minimal free time – all of which, in their opinion, were due to the festival’s business model. “WTF simply wouldn’t work without relying on young, mostly unpaid, untrained workers who expose their bodies to intense physical stress for an unsafe number of hours,” says the alumni letter to the festival management.

Shortly before the 2021 season, the festival management recognized the high demands of the job when they emailed Lindsey Turteltaub, the then production director of Williamstown, to submit a medical certificate before returning to work. “We want to make sure your doctor understands that you will need to work in a high pressure environment 7 days a week for the next few months to perform the essential functions of your job listed below,” the Times said in the email. Turtletaub said her doctor denied the request and described the schedule as “ridiculous”; she resigned shortly afterwards.

In 2016, the festival conducted “a full review of our seasonal employment structure that resulted in significant changes – in terms of pay, hours and breaks, to name a few,” said CEO Johnson, the three former department heads, to The . Times said was the result of collective bargaining.

“The safety and emotional well-being of the entire WTF community are our top priority. And we take all claims to the contrary very seriously, ”Johnson said in a statement to the Times. “We evaluate and offer each season the opportunity for an ongoing assessment of safety and workplace issues. This includes pre-season, post-season, and during-season meetings of department heads to address any concerns and ensure we grow and evolve with each year to come.

“Over the past few years, we have and will continue to implement policies and practices to promote a work culture that maintains commitment to theater performance and prioritizes the safety of our employees.”

FRAZIER: Bring in the Christmas season – The Vicksburg Post

This Berkshire County College offers an engaging and detailed E.

Make money with a laptop