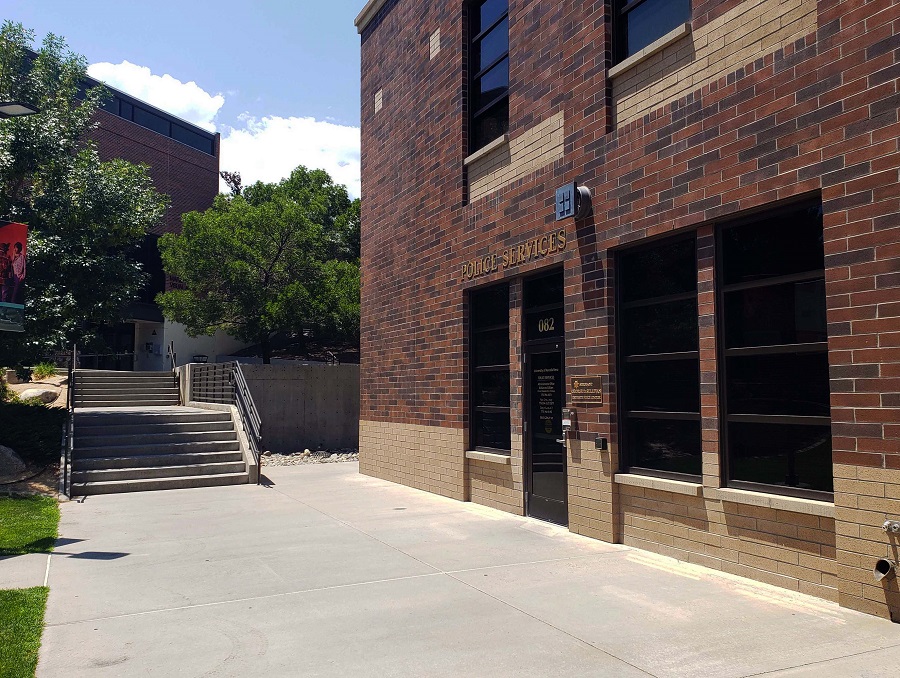 James, who has been a member of the University’s Police Department since 2003 and has held the position of Deputy Chief of Police since 2020, replaces Todd Renwick, who announced his resignation in the spring of more than two decades in the department and serving as chief since 2019.

James began his appointment on July 1. It includes responsibility for coordinating safety and security activities on all campuses of the Northern Nevada System of Higher Education, including the university and its subsidiary campuses, Truckee Meadows Community College, Western Nevada College, Desert Research Institution – North and Great Basin College.

“Eric demonstrated tremendous leadership skills while at our university,” said Redding. “He has worked diligently to create the kind of communication, transparency, and trust that are so important with all stakeholders in our campus community and the community at large.

“During the search and review process, many people came together who represented many of these stakeholders, and those people invested hundreds of hours in selecting our Northern Command / AVP / Director.

“Eric’s commitment to the safety and well-being of the people at our university, as well as the community and institutions that are part of the North Command, has been going on for nearly two decades.”

“I am very grateful to serve our community,” said James. “I have been looked after by great leaders like Todd who have taught me the importance of meeting people where they are and always listening to the needs of our students, faculties, and staff at our institutions in northern Nevada.”

James, a Marine Corps veteran, began his career at the university in 2003 as a law enforcement officer. From 2009 to 2020 he held the position of commander. While at university, he was selected to represent the division on Washoe County’s SWAT team, established a motorcycle division, and served as a law enforcement and civilian personnel instructor for many years at the university. He has promoted workplace safety, sexual assault prevention, the dangers of underage drinking and critical incident response. In 2005, he began teaching the Rape Aggression Defense (RAD) for women to students, faculty, staff, and the Reno community. In 2017 he established drop-in courses for Girls on Guard at the EL Wiegand Fitness Center, another self-defense course for women.

James is a graduate of the Federal Bureau of Investigation National Academy 252; a John Maxwell Certified Leadership Coach; and current co-chair of the Reno Diversity, Equity and Inclusion Committee of the University of Nevada. He was also a member of the university’s most important joint governing body, the Faculty Senate.

James, who holds a Bachelor of Science degree in Business Management from the University of Phoenix, has received numerous awards for leadership and excellence in the performance of his duties. Among them, James received the Washoe County Sheriff’s Valor Medal for his actions during a SWAT mission in 2008.