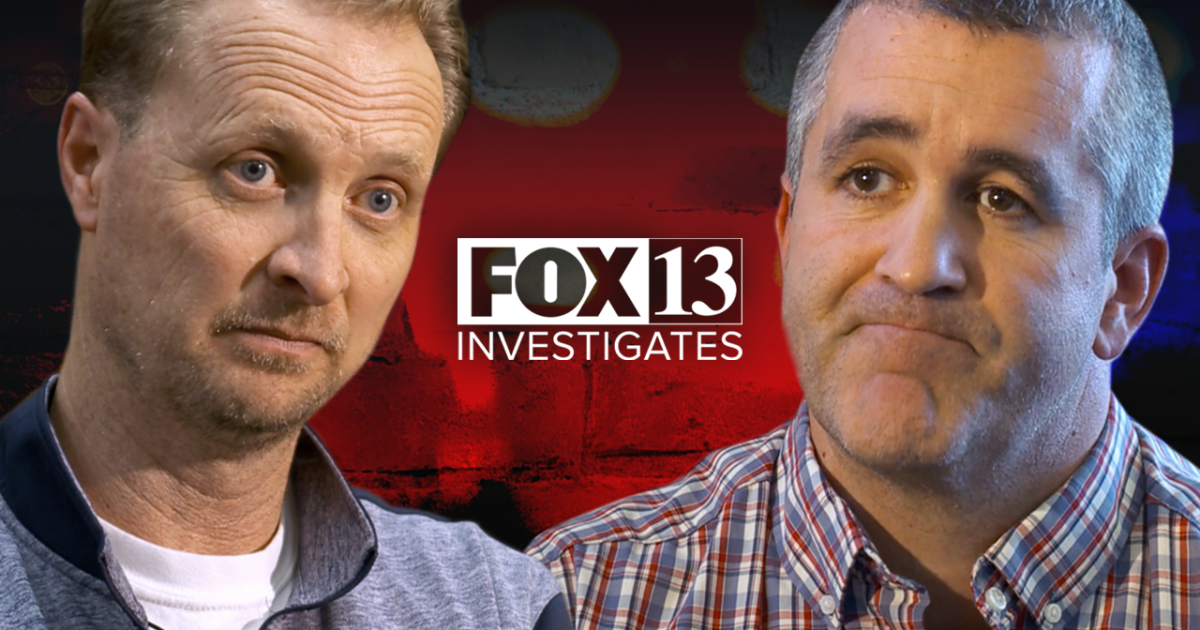 MORONI, Utah — The FOX 13 investigative team has received new information about the sudden firing of the Moroni City Police Chief just weeks ago.

Mayor Paul Bailey said he made the decision to fire the chief after receiving two complaints of excessive use of force.

Chief Bob Hill believes the firing was in retaliation for issuing a speeding ticket to the mayor’s son.

According to the city, the mayor is allowed to make unilateral decisions about the appointment of the police chief without comment from the Moroni City Council because the position is filled “at will.”

“Taking the job was a gamble. I’m the fourth chief in four years,” Hill said. “This is my city and I want to work here.”

The first complaint against Hill came from Moroni City resident Floralyn Martinez, who was arrested at City Hall on October 14, 2021.

Martinez was there to dispute a water bill. A city worker said she asked Hill to attend the meeting because she felt “threatened.”

In an interview with FOX 13 News, Martinez said she had a panic attack before the meeting and tried to calm down as best she could before entering City Hall.

Martinez said Hill was impatient, rude and told her to leave. She said Hill grabbed her, took her to the ground and handcuffed her too tightly.

“It’s my city. I should be able to go in there and have a conversation without fear of being attacked,” Martinez said. “He just grabbed me and started pulling on me and of course I pulled away.”

Martinez was charged with disorderly conduct and interfering with an arresting officer. She has pleaded not guilty.

The city said there was no body camera or surveillance video of the incident because a “power surge” earlier in the month damaged the technology.

“He laughed at me,” Martinez described. “‘Good luck with that! It’s your word against mine!'”

“I put my hand on her elbow. She pulled back and started attacking me,” Hill described. “The force used was deemed appropriate and that was the end.”

At the time, Bailey said he trusted his boss.

“But now that I’ve had another allegation with another woman,” Bailey said, “…it makes me wonder what really happened.”

The second complaint against Hill came from Moroni City resident Jeannie Strobel, who admits she drove around town with a suspended driver’s license and a cracked windshield.

Strobel said the windshield was damaged due to an accident involving a deer. She described Hill as aggressive.

“He got me out of the truck, grabbed my neck and threw me to the ground,” Strobel said. “I stand behind my blue, but if you go that far with authority – that’s not right.”

Hill’s description of the incident is different. In addition to the cracked windshield and suspended driver’s license, he said he decided to arrest Strobel on pending warrants.

“Did you grab her by the neck and pull her out of the car?” Bailey asked.

“No,” Hill replied. “She got out of the vehicle alone.”

In both cases, Hill said he gently lowered the women to the ground.

In both cases, the women had spoken to their husbands over the loudspeaker during the arrests.

In either case, there’s no body camera or surveillance video to know whose story is correct.

Hill said he held Strobel by the side of the car. He said Strobel eventually attempted to throw himself into traffic, prompting him to pin her to the ground and call for backup.

Bailey’s not just the mayor. He was also serving as a deputy in the Sanpete County Sheriff’s Office at this time. Prior to that, he was a soldier with the Utah Highway Patrol for nearly 20 years.

Bailey said the scene was calm when he arrived.

“Women don’t usually need to be treated so severely by the police,” Bailey said. “When two people tell you similar stories and then the officer tells me something different, it surprises me.”

Hill said he could tell something was “off” when Bailey responded.

After his termination, Hill said he felt he took retaliatory action against Bailey’s adult son, just hours before Strobel was arrested.

Hill said the mayor’s son threatened him during a traffic stop.

“What exactly did he say to you?” asked FOX 13 investigative reporter Adam Herbets.

“‘You know who my dad is,'” Hill described. “He says, ‘You know what professional courtesy is, don’t you?’ … He told me that if I give him a summons, the next time I need backup, his father won’t be there.”

“Is there a bodycam video of this?” Herbets asked.

Again, no video was captured with a body camera in February, as the city says it never replaced computers or body cameras after the October 2021 power surge.

Neither of them have email documentation to verify their side of the story.

The city does not have a body camera policy.

A review of Bailey’s internal affairs interview with Hill reveals that they never discussed the traffic holdup.

“You know, it is what it is. I write tickets for people, so if (Hill) wrote someone a ticket, whoopedydoo,” Bailey said. “He will not face retaliation. When people are fired, they look for anything they can say about why they were fired.”

In an effort to confirm or deny the validity of Hill’s story to see if there might be a pattern, FOX 13 News spoke to other police officers who also stopped Bailey’s son.

UHP issued a ticket to Bailey’s son in Sanpete County in May 2018, but body camera video was deleted when the Soldier retired, per UHP retention guidelines. The cop said he never felt threatened, but he recalled the driver “dropping his father’s name.”

Hill ticketed Bailey’s son on August 5, 2021 in Moroni City and said his body camera was activated.

Moroni City officials said they were unable to locate the video.

After his resignation, Hill said he thought Bailey’s investigation into the Strobel arrest was unfair and incomplete because Bailey had not interviewed witnesses.

At the time, during the interview with Bailey on internal affairs, Hill only mentioned the existence of a witness.

“There was a witness,” Hill said. “I have a name and phone number from someone who drove by during this period.”

Bailey told FOX 13 News he didn’t question the witness because he didn’t have the person’s contact information and no one ever came forward.

“He was terminated at my discretion,” Bailey said. “If he had given me names and numbers I would definitely have gotten them… I felt it was the right decision and I would do it again.”

When FOX 13 News tried to speak to the witness, she said she didn’t want to interfere.

However, FOX 13 News was able to speak to two other drivers who described how they witnessed parts of the incident.

The first driver said she watched the incident for about 30 seconds and did not personally know any of the people involved.

“Who knows what the before and after glimpses were. He looked calm and like the situation was under control,” she said. “As I got closer, she was kind of moving, so he kind of had to stop her from moving, and he was pushing her against the car… My actual thoughts as I drove by were, ‘Oh my god, am I going to do that have to stop and help a police officer?’”

The second driver said she only observed officers responding to the incident after Hill appeared to have called for backup.

“A lady was standing behind her car, facing south and overlooking Bob Hill,” she said. “It looked like they were talking.”

As part of the internal investigation, Bailey also interviewed Jeannie Strobel and her husband Jeremy Strobel.

At the end of the investigation, Bailey recorded how he ended Hill.

“Jeannie (Strobel) seems a bit eccentric. She might be exaggerating a bit, but she was on the phone with her husband,” Bailey said. “We have a responsibility to ensure that Moroni’s liability is minimized… We have decided – I have decided – we will take a different approach to law enforcement in the city.”

The future of policing in Moroni City

Hill was the only full-time employee at the Moroni City Police Department.

The Moroni City Council is now considering outsourcing all of its police services to the mayor’s (former) employer, the Sanpete County Sheriff’s Office.

Bailey retired from the Sanpete County Sheriff’s Office on March 9, 2022, following each of the incidents described in this story and his interview with FOX 13 News.

“The captain and sheriff knew I was retiring in the spring,” Bailey said. “It just looks like I’m leaving because of these things.”

Wednesday, March 16 Warm afternoon, then rain this evening and tomorrow