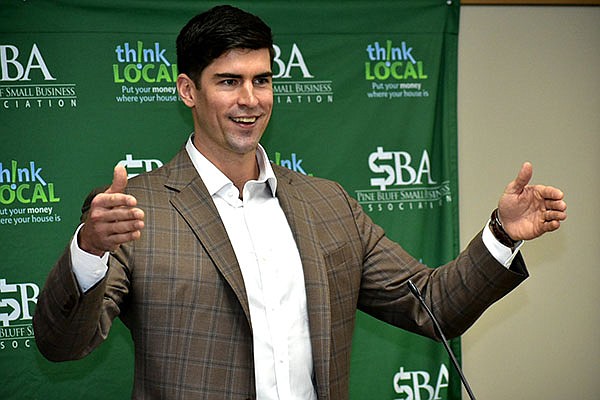 The judge allows the lawsuit to proceed over a voting error that misidentified US Senate nominee Jake Bequette, but declines relief

A judge on Friday declined to grant relief in US Senate nominee Jake Bequette’s lawsuit over an error that misidentified him as “Jack” Bequette on ballots in two Arkansas counties, but left the case open.

Pulaski County Circuit Judge Mackie Pierce said it was troubling that the misspellings on the ballots in Craighead and Phillips counties were not corrected before early voting began in Monday’s primary, but since Craighead County corrected the error on Corrected Thursday and Phillips County was working to correct it, he considered the issue moot.

“I don’t know what else this court could offer beyond what has been done,” Pierce said.

Pierce said he was unwilling to send voters who received absentee ballots a notification of the error, as Bequette’s attorney Scott Poynter had requested, because he said it could create further confusion.

The defendants in the lawsuit are Arkansas Secretary of State John Thurston, the State Board of Election Commissioners and the election commissions in both counties.

Pierce declined to grant Assistant Attorney General Kesia Morrison’s motion to dismiss the case, alleging that some of the defendants had not been properly served.

Bequette, a veteran and former Arkansas Razorback football player, is one of three candidates trying to oust incumbent US Senator John Boozman in the May 24 Republican primary, along with Heath Loftis and Jan Morgan.

According to election officials, the misspelling of Bequette’s name resulted from a proofreading error during the county-level election preparation process. Districts receive a certified candidate list from the Secretary of State’s office and then enter it into an electronic portal coded by the state election provider.

According to spokesman Kevin Niehaus, Thurston’s office became aware of the error on April 28 in Craighead County and May 6 in Phillips County and notified the counties on those days.

At Friday’s hearing, Poynter said Bequette’s campaign learned of the error through phone calls from voters after early voting began.

“There is clearly confusion among voters and that is really unfortunate,” he said. “All the work and money we’ve spent to get Mr. Bequette — Jake Bequette’s name — out there isn’t being put to good use.”

Morrison said absentee ballot recipients required by Poynter to be notified of the correction is not required by law.

“I think the fact that the state has helped shows that an order is not necessary,” she said, later adding that the secretary of state’s office had verified that Bequette’s name was correct on the ballots in the other 73 counties was.

Pierce said he couldn’t make a decision without witnessing voter confusion. Poynter called Bequette to the stand, who said he received frantic messages about the misspellings on social media and said he was shocked and upset to learn of the error so close to “the goal line”.

Pierce said he doesn’t understand why counties didn’t take steps to correct the error before the early vote, but he wasn’t ready to send out a notification. He clarified that votes for “Jack” Bequette would count for Jake Bequette and that cast-in votes for Bequette would not.

Afterwards, Bequette told reporters that Pierce was right to describe the situation as “deeply concerning” and that his team plans to continue the service process for the relevant parties.

“They were completely negligent at best,” he said. “This is not the end. This is just the beginning.”

He said he’s hearing from voters “across the state” who are confused, but didn’t say how many people he’d heard from. In a press release, he reiterated a call for Thurston and Arkansas Attorney General Leslie Rutledge to investigate the blunder, which he described as voter fraud.

Kimberly Dale, an attorney representing the Craighead County Electoral Commission, said Thursday that the commissioners sought advice from the state commissioners of elections upon learning of the error and held a public meeting as required by law. The county didn’t have the updated software it needed to make the correction before the early vote and had put up signs at polling stations with the correct spelling of Bequette’s name, she said.