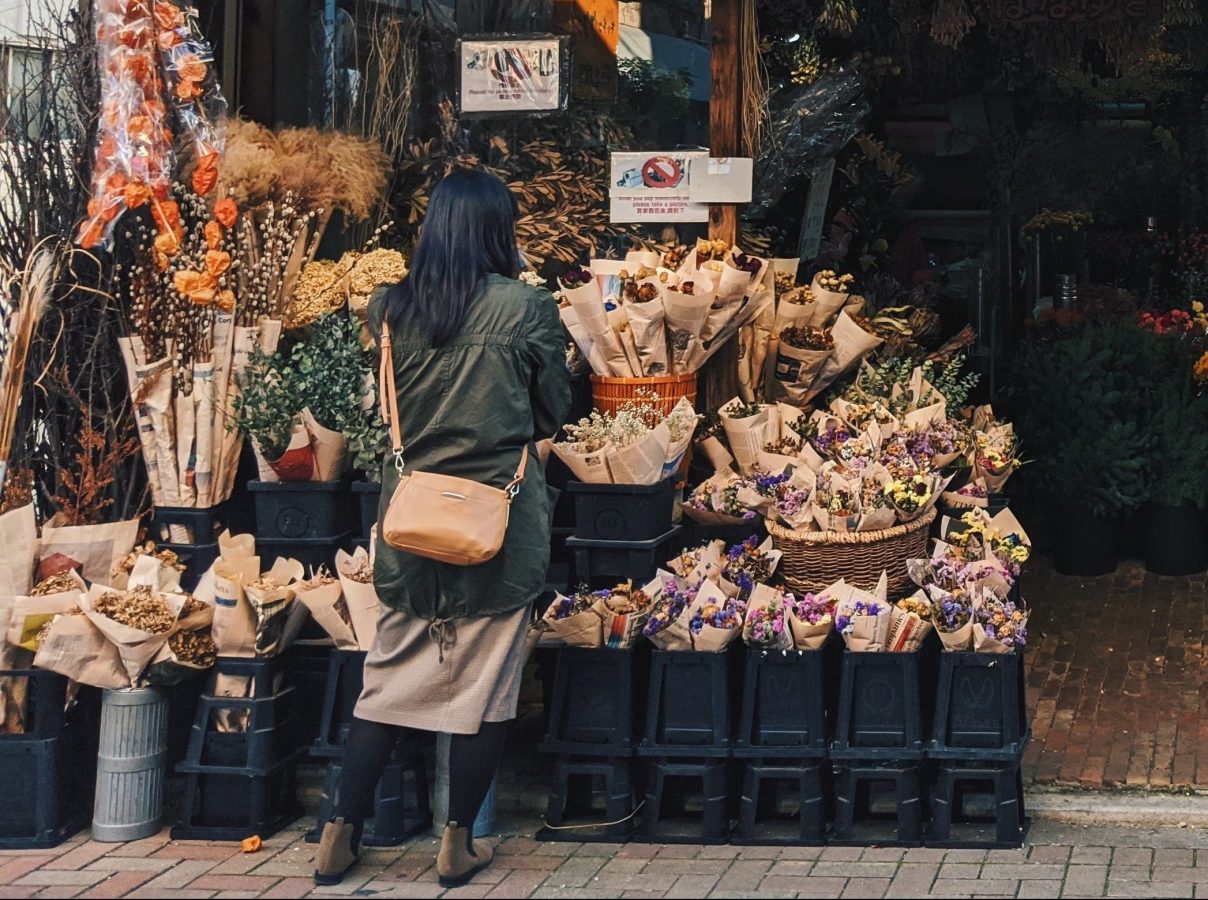 The voice of a flower shop girl in Seoul

“The memory is an unannounced visitor. It lies crumpled in some corner of the body, then suddenly knocks on the door of reality and makes you scream.”

As stated in Kyung-sook Shin’s novel: violettranslated by Anton Hur. violet is about Oh San, a young woman struggling with her memories, her desires, her voice and her body in the midst of the indifferent world of 1990s Seoul.

Scarred by a childhood intimacy gone awry, San moves to Seoul and stumbles across a job at a flower shop. There she finds stability through her friendship with a colleague and a sense of peace in her budding relationship with plants. But after an encounter with a flirtatious photographer, her life shatters and falls apart. As San flips through an English-Korean dictionary, the word “violet” quickly turns into “violator”. violet similarly, he examines the painful rifts between the inside and the intruder, desire and violence, voice and silence. Hur’s translation is sparse but fluid, the prose evoking both the grim solitude of a big city and a timeless, almost surreal atmosphere.

Flowers burst into extravagant life all around me as I read violet March. After I finished, I went for a walk in the rain. Seeing violets in the cracks of the sidewalk, petals torn by raindrops, I cried and couldn’t stop. Months after March, the final image of the Oh San novel still haunts me. Following what Kyung-sook Shin said in our email interview, I hope others will take the time to listen to San’s voice as well.

Translations for this interview are done by interviewer Jaeyeon Yoo, with thanks to Incheol Kwag for editing and proofreading help.

Jaeyeon Yoo: What role does nature play, both in violet and in your own writing in general?

Kyung Sook Shin: violet has a flower shop in the middle of town and a farm on the outskirts. These two spaces are intertwined. On the way between the flower shop and the farm, the protagonist comes into contact with plants. I hoped that these plants would ease the protagonist’s alienation and loneliness. To do this, I had to know the details of the courtyard and the flower shop myself; So I got hired and worked, which was a big help. And since I spent my childhood in the country, I’m more in touch with nature. This [experiences] became the basis of refinement violet.

JY: I still feel violet being as relevant today as it was when it was originally released in 2001 and Oh San’s life in the 1990s. Is there anything you would like to add as you think about it? violet in 2022?

KS: Much has changed in Korean society since I wrote this book, both economically and politically. The position of women has also changed to some extent. Despite this, life as a woman in Korean society is still subject to so many forms of discrimination and violence. They say that we have improved a lot compared to the past. But I think society needs to change so that the day-to-day reality of womanhood – whether female desire or parenthood – should feel protected rather than discriminated against.

I [also] consider sisterhood between women to be of the utmost importance. Especially in violet, solidarity between women is also the solidarity of the weak. They lean on each other and take life away from each other. Therefore, when this solidarity breaks down, the damage is immense. Traumatic events happen to a person all the time, but they are quickly swept away without anyone noticing [as what happens to Oh San]. I think this is the heartless life of modern people.

JY: Given that context, I found Oh San’s desire to have a voice (through writing) all the more poignant. What do you think about the connections between language and violence or language and hope?

KS: Even if you’re not a writer, if you can express yourself in your own words, start striving to protect your own language. There is probably no one who hopes that their own voice will be colored by violence. I see this, the act of protecting one’s voice, as hope.

JY: violet also reminded me of how the philosopher Susan Sontag formulated photography as an inherently violent art form in which the “camera… is a predatory weapon”. I was struck by how Oh San fell in love with a photographer, someone whose job it is to observe others and “capture” them in pictures. I wonder if you, as a woman, have more to say about the everyday act of observing.

KS: violet is from the perspective of a camera looking down and taking a photo from above. This was a deliberate gesture. The appearance of the photographer is an extension of this perspective, as is the gaze of the construction crew observing the women playing badminton. Even Oh San’s hidden love and lust are observed by someone and eventually lead to violence. In the first part of violet, I focused on the loneliness that arises when an individual’s uniqueness is not preserved, but questioned and broken open. Modern life is not made of intimacy but of observation by others.

JY: Memory is a noticeably unreliable concept in violet, not only for Oh San as a narrator, but also for how verb tenses and viewpoints changed over time. Can you tell more about the role of memory?

KS: Memories have the ability to be transformed at will by the person who wishes to remember them. Each person will remember differently based on their mood, time, place and position when the memory is formed. If three people shared an event, their memories should be the same, but they are all different. Even if this liquidity causes countless misunderstandings, I think that life is ultimately completed by our accumulation of memories. So the memory is precious to me. Proving again and again that my memory is close to the truth, maybe that is also the writing.

JY: I was impressed how you brought such a lively character to the Oh San environment. The flowers and the Minari field felt alive, but so did Seoul – with the details of the Italian restaurant, the “long room” and the late-night crowds. Could you tell more about the setting of Seoul in the novel?

KS: When I read the French Patrick Modiano or the Japanese Haruki [Murakami], I feel this urge to look at the streets on which her protagonists stroll. the street in violet is the street where I lived in my twenties and the street that goes from Samcheong-dong to Gwanghwamun [the largest gate of Gyeongbokgung Palace] Jung dong. I wanted to get my readers to walk this road, so I described the road that Oh San walks in great detail. Then, during that process, I started seeing the lives of the people walking down that street again, and that had a big impact on the novel.

JY: The beginning of violet is almost surreal, as if we are being told a fable we should already know. You also use the myth of Io in the novel when you describe how violets came about. And then there’s the constant foreboding. Have more to say about the idea of ​​destiny conjured up by that fable/myth tone?

KS: By borrowing the myth from Io, I hoped that Oh San’s anonymous life would be augmented with different symbolism. I wanted to say that this woman didn’t suddenly appear out of nowhere, that this has been passed down through generations. “Fate” or “destiny” is what we call things that we cannot decipher. But even if it can’t be deciphered, I think fate is ultimately what you decide in your subconscious.

KS: I wrote this in the author’s note, but a violet is a very small flower. It’s a flower you don’t even know is blooming unless you look closely. The first sentence of this novel reads: “A little girl”. I hope you will listen to this little girl’s dreams that couldn’t blossom and the broken desire that held her tight.

Take a break from the news

We publish your favorite authors – even the ones you haven’t read yet. Get new fiction, essays, and poetry delivered to your inbox.

YOUR INBOX IS ILLUMINATED

Enjoy weird, fun work from The Commuter on Mondays, engaging literature from Recommended Reading on Wednesdays, and a roundup of our best work of the week on Fridays. Personalize your subscription settings here.