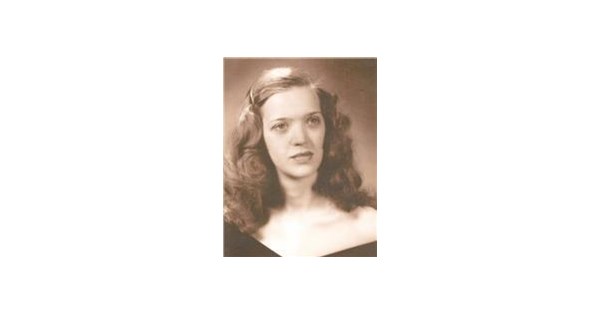 
Beverly Ann Hoye, 93, of St. Cloud went to her master’s home at Quiet Oaks Hospice in St. Augusta on Wednesday, June 23, 2021.
A celebration of Bev’s life will take place on Tuesday, June 29, 2021 at 11 a.m. at Salem Lutheran Church, 90 Riverside Dr. SE, St. Cloud. Reverend Timothy Routh will officiate. There is a tour of the church one hour before the service. The burial takes place in the Veterans Cemetery of Minnesota State in Little Falls. Funeral arrangements were made by Benson Funeral Home, St. Cloud.
Bev was born on September 1, 1927 in St. James to Austin and Emma (Morrow) Benson. Bev is a prolific writer and covered her growing up in her short story “My Town”. It was reminiscent of ice skating on ponds, her father’s furniture store, the railroad workers, relationships with the locals, she was a movie buff in the 1930s and 1940s (including winning a Jean Harlow competition), big bands and the era and small, -City life. After graduating from St. James High School in 1945, she attended the University of Minnesota, majoring in English. There she met her future husband Keith Hoye in French class. He was home from the war and she found him so mature and handsome in his trench coat. They were married in Sherburn on December 23, 1950. Keith’s career in the Air Force has taken the family of four to several states and the Philippines. During those 23 years Keith served in conflict and peacetime. Since Keith was often on missions, Bev occupied the home front. She was the consummate military woman and volunteer in the community. She was a co-founder of Base Consignment Shops. Volunteering in their children’s schools and in their activities, scouts and scouts at dance evenings. Hosts visiting spouses of dignitaries. Singing in community and church choirs. Educated their children and those around them. When Keith retired from the Air Force and began an encore career in estate planning with the Knights of Columbus in St. Cloud in 1970, Bev dived. She was active in the PEO educational organization and in church activities. She was a perfectionist seamstress and a talented pianist. She was known for her cakes, which she shared with her friends and family and even her doctors. After Keith’s death in 2001, she moved on to bridge, family time, and for the past few years has been proofreading Salem’s bulletins (they called them the Eagle Eye). In the past few decades she has traveled across the United States to attend Strategic Air Command meetings. She was also very involved in planning her school meetings, the last one being 73. Until her body would not allow it, she sent cards to her children, grandchildren and great-grandchildren. Bev had a sense of humor, a sassy attitude, and an innate understanding of contact and connection. She loved unconditionally. And she let you know when she didn’t like something! She was steadfast in her Christian faith and in her pride in being a Minnesotan.
Bev is survived by her daughter Barb (Don) Poole; Son Brian (Sheila) Hoye; Grandsons – Mike (Cara) Hoye, Joe (Shawn) Hoye, Adam (Kelly) Poole, Aaron (Lynne) Poole, Elizabeth (Jamie) Cameron, Shannon (Trevor) Block; Great-grandchildren – Devin Hatlestad, Alec Hatlestad, Jackson Hoye, Nathan Hoye, Devin Hoye, Jenna Hoye, Dylan Hoye, Madeline Poole, Sophia Poole, Laurien Cameron, Nolan Cameron, and Logan Block; former daughter-in-law Lorraine Hoye; beloved special nephew and niece (she and her twin sister Barb Benson married the Hoye brothers), Greg (Roxanne) Hoye and Nancy Hoye; and many more family members.
Her parents, husband, sister and nephew David Hoye preceded her in death.
Instead of flowers, memorials to the Salem Lutheran Church or the Quiet Oaks Hospice are preferred. The family would like to thank Quiet Oaks Hospice, Benedict Court, and CentraCare Home Health and Hospice for the compassionate and excellent care Bev received in her final days.

To plant trees in memory, please visit our Sympathy shop.